A diagram of everything

The periodic table of elements is a breath-taking thing. Essentially it captures the universe – all the infinity and complexity and tangle and wonder and chaos and danger and beauty and bits – and represents it in a small diagram; lines, numbers and letters arranged just so, poetic in their logic and cohesiveness. It is the ultimate magic/science hybrid and utterly astounding.

I have a copy that’s completely awesome – an upright resin slab containing a tiny tiny slice of the REAL ELEMENT in each panel (except for the poisonous psycho ones). It cost $150 American dollars which I thought a very reasonable price for all of space and time. I love it.

Just like the Universe, the periodic table did not appear fully formed. It had to grow. The basis for the modern version is generally acknowledged to be created in 1869 by the Russian chemist Dmitri Mendeleev. There had been previous attempts at organising the elements but he was the first to arrange them according to atomic weight (changed to atomic numbers once sub-atomic particles were discovered). He was also the first to leave gaps, predicting the future discoveries of substances that would logically fill them.

Here's Mendeleev's 1869 periodic table in Russian. The title translates as An experiment on a system of elements based on their atomic weights and chemical similarities - 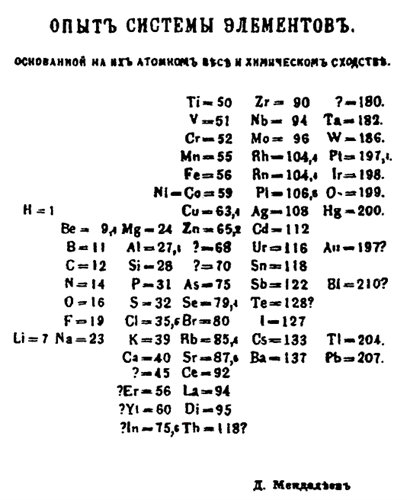 Over time, as new things were learnt and discovered, Dimitir’s table was developed and rearranged (of course he'd stuffed a few things up. It was 1869). Now it looks like this – 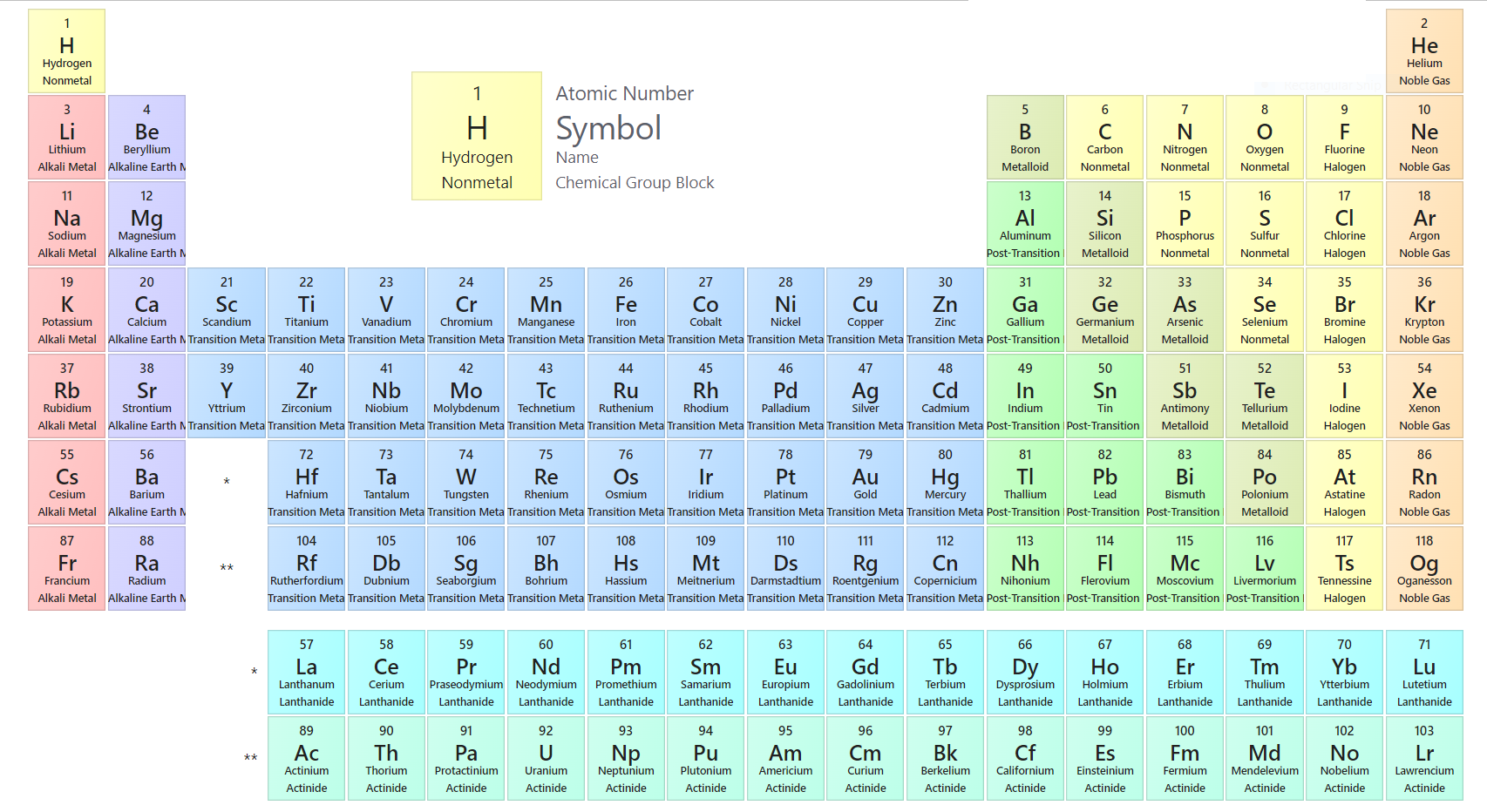 This version comes from here and is interactive. You can press on each element and find out fascinating stuff. It’s really cool.

The periodic table of elements is gorgeous, sensible and cohesive. Each square has a fixed meaning utilizing a common range of symbols. These are the element’s atomic number, electron configuration and sometimes an image. The elements are organised according to their recurring chemical properties and periodic trends. There are seven rows with metals on the left and non-metals on the right. As you move from left to right across a row the atomic radius (the size of an element's atoms) decreases, ionization energy (the energy required to remove an electron from an atom) increases, electron affinity (the amount of energy released when an atom forms a negative ion)1 mostly increases, and electronegativity (an atom's attractiveness to electrons) increases. The columns group the elements according to their physical properties (particular types of gases, metals etc.) And there are spaces for as-yet unknown elements.

The periodic table is conceptually, logically and aesthetically excellent and it’s also very useful. Scientists use it to predict and understand chemical reactions, which are possibly are the most important type of event in the universe. It's through chemical reactions that plants grow, humans think, planes fly, paint dries, stars form, and forensic evidence helps catch criminals. Without chemical reactions nothing in the world would ever change.

When engaged in their work, scientists can just look at the table and find out the reactivity of an element, whether it is likely to conduct electricity, whether it is hard or soft, and heaps of other useful stuff. They don’t need to memorize all the facts and figures which frees up their brain to concentrate on creating the chemical reactions needed to develop a more alcoholic kind of gin or less sticky type of cake tin.

The periodic table above is the original gangster; the most well-known and user-friendly. There are though, a massive number of alternatives, at least 1100 of which are captured by the Internet Database of Periodic Tables. I do not understand most of them and many seem completely bonkers but I am entranced all the same. Here are just five of my favourites (so hard to choose!) 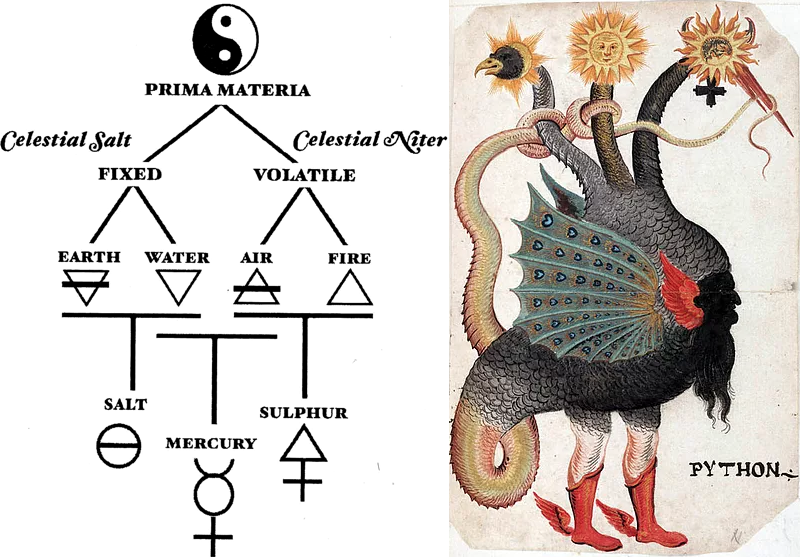 This 1866 version by Henry Draper utilised the qualities of exciting new spectroscope technology. It organises and numbers each (known at the time) element by its unique spectrum, as revealed by the machine. 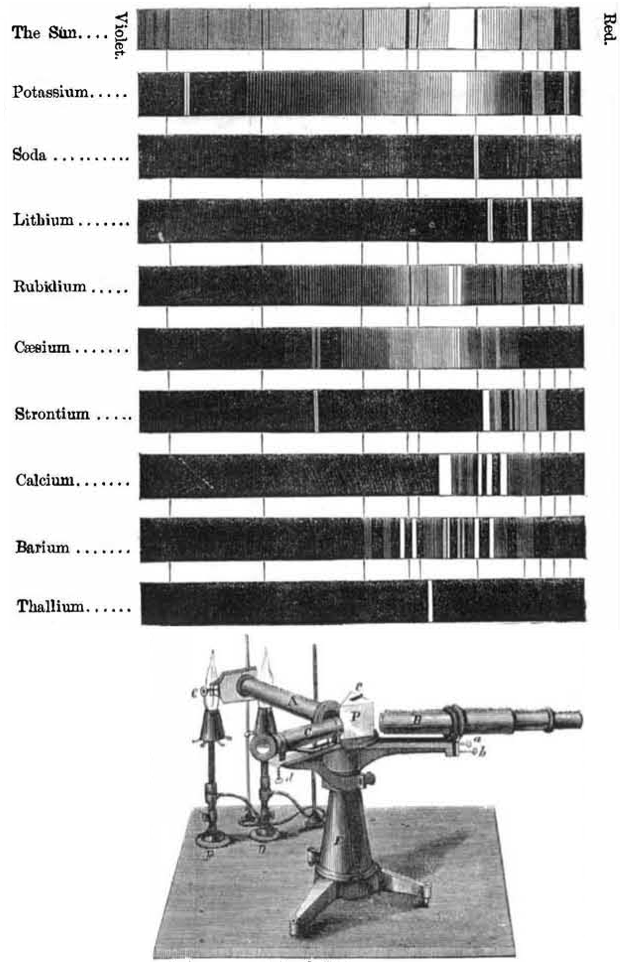 Here's Gooch & Walker's 1905 Primary, Secondary, and Tertiary Series of Elements, a three-dimensional table. There are a number of these. They generally try to show physical relationships between elements as well as chemical ones. 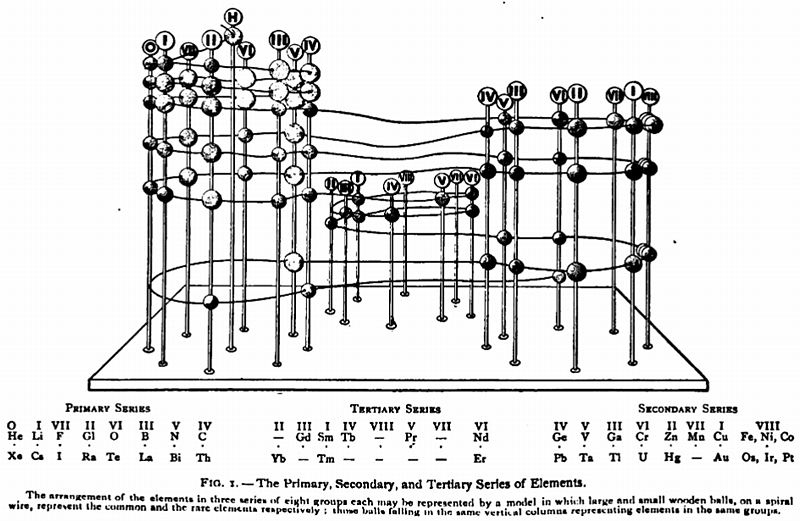 This is a mural painted by Edgar Longman for the 1951 Festival of Britain (I cannot find the name of the scientist who designed it). It represents the elements as a galaxy spiralling out in their order of creation. There are lots of circular and spiral tables and they are all very pretty. 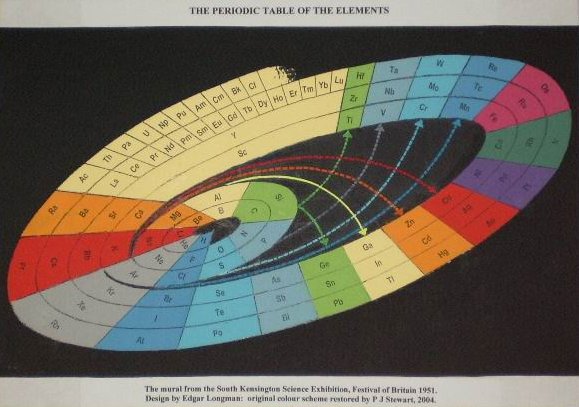 Nagayasu Nawa’s 2021 design is a ‘multi’ periodic table you can read in three ways - long form, upside-down long form, & circular. Along with the usual information it includes each element’s era of discovery, electronic structure and universe abundance. 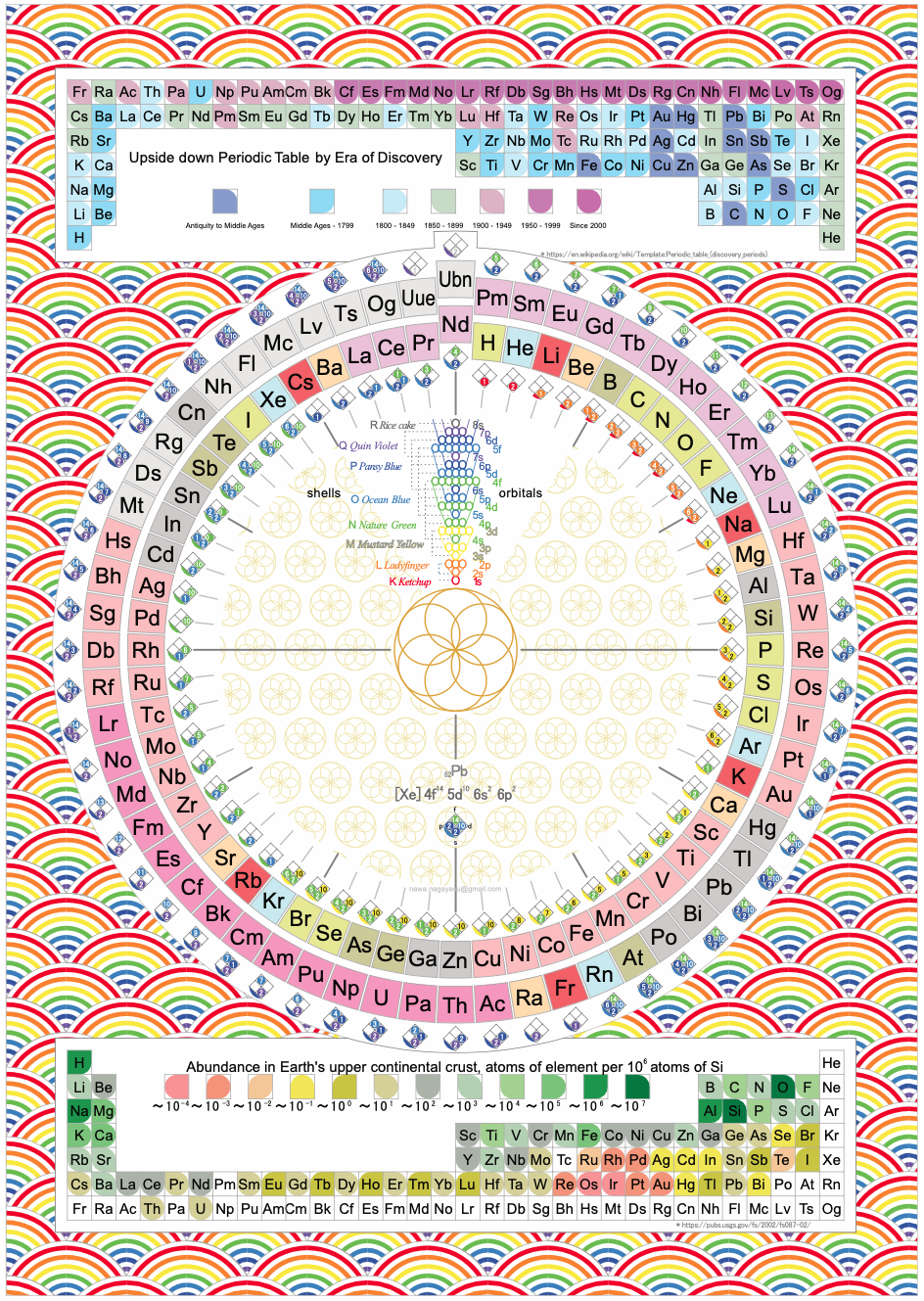 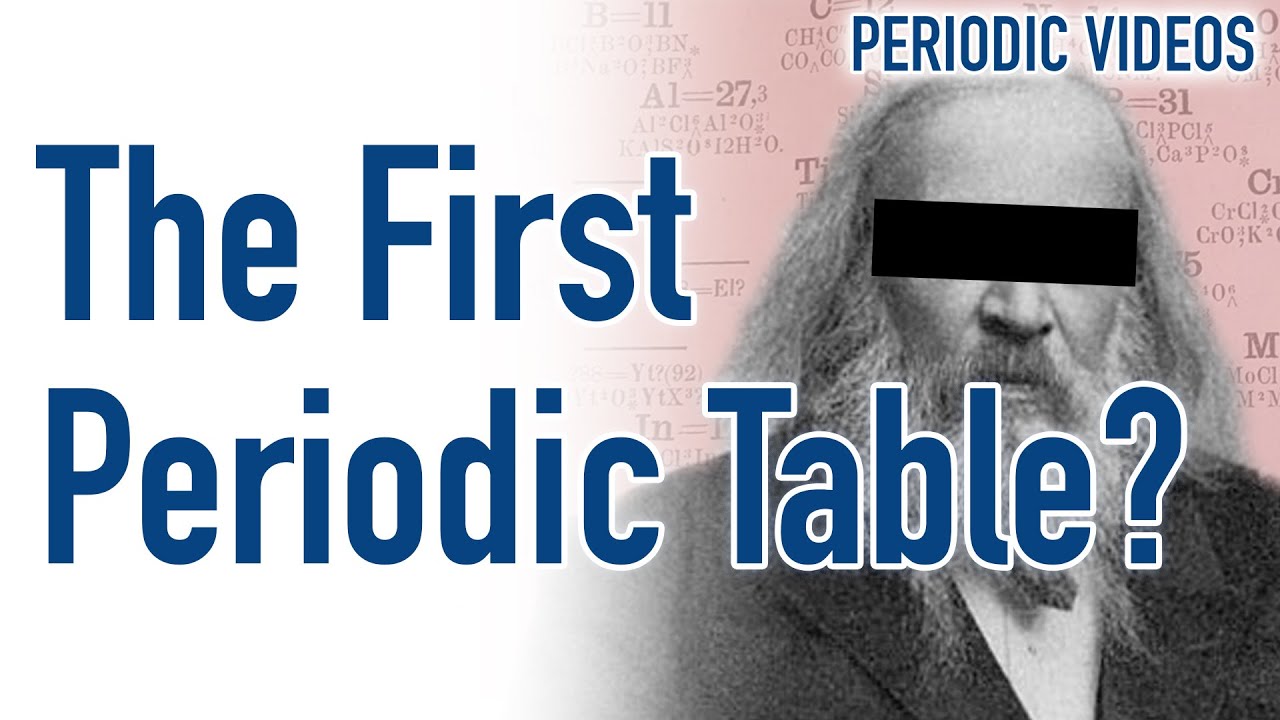 1Negative ions are invisible floating molecules that have been charged with electricity. They’re everywhere and we breathe them in all the time and it’s no big deal.