The other day I was talking to a pal about cryptids and it caused me to muse about the difference between cryptids and fantasy creatures, as in where’s the boundary between the two? Because I am interested in pretty much everything I decided to do some research and learning. It soon became apparent that two liminal beast categories were not nearly enough and after some toing and froing I landed on seven, existing along a spectrum from ‘most real’ in’ to ‘least real’.

I’m going to use ‘water dragons’ to illustrate this (clearly vital) theory. In doing so I’m limiting ‘water’ to natural sources and contexts (oceans, lakes, rivers etc.) and using ‘dragons’ to mean any relevant sea creature (e.g. those with ‘dragon’ in their name and/or those that do dragony things and/or those that are otherworldly). I’m also using ‘real’ loosely, as a synonym for ‘physical evidence’ or ‘scientifically real’. I know this definition is reductive but it’s also convenient and hopefully this qualifier makes everything ok.

At the ‘most real’ end I mean animals that are undeniably tangible to all. At the ‘least real’ end are those that aren’t. The creatures in between lead progressively from one to the other, getting more or less ‘real’ depending on what direction you take (it doesn’t matter). The diagram below illustrates the water dragon continuum. I’ll explain in turn what each category means and why I think it belongs where it does. Because I am an indoctrinated Western reader/writer I’m going to go left to right.

In this group are water dragons that you can in some way see, smell, touch and hear. They are/have physically existed and there’s scientific evidence for this. Some examples:

Water Dragons - there is a legit group of  living scientifically real animals called Water Dragons. There are about 350 species and they’re found in Australia, South-east Asia and China

Mud Dragons - these are a microscopic marine organism. They are so tiny that they swim in the water that runs between the grains of sand (you can hear the sound of my mind exploding in the distance)

Prehistoric marine animals (my favourite real water dragons) - Although they lived at the same time, marine reptiles are not dinosaurs. Dinosaurs visited water to drink and bathe, marine reptiles lived in it. There were lots of different types with great names - Elasmosaurus, Archelon, Plesiosaurus, Kronosaurus, Ichthyosaurus and many more. They didn’t all exist at the same time but over millions of years leaving behind physical evidence of their existence in the form of fossils. 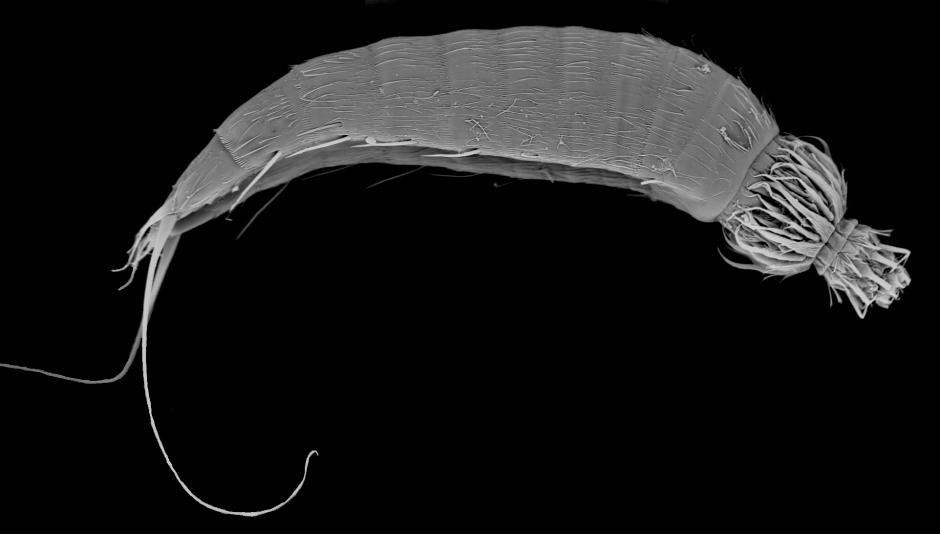 These are creatures that physically exist but (probably) aren’t sea dragons. They are deep deep water creatures, very rarely seen and little is known about them. Because of this they have been and still are mistaken for sea serpents/monsters.

In the days of the great naval explorers, sea serpents were considered as real as cows and they appear often in maps and accounts made at the time. One monster often (theoretically) sighted was the Kraken, a giant tentacled beast said to live off the coasts of Norway and Iceland. It’s now thought the Kraken was/is some kind of giant squid but the giant squid is very elusive so it may be some other water dragon. But even though we don’t know what it is we do know that something exists.

More recently in 1997, the carcass of some massive unknown monster water dragon was caught in a fishing net off the coast of Aotearoa. Opinions vary as to what this was. Some think a giant squid or octopus, and some a (supposedly extinct) plesiosaurus. Either way it was definitely a real animal.

Cryptids are animals thought to exist in the wild but whose existence is unsubstantiated by mainstream science. Cryptozoologists base their claims on (what they see as) physical evidence (e.g. footprints) but also anecdotes and folklore (evidence once-removed). All these kinds of proof fail to meet the standards of scientific rigor.

There are plenty of water-dwelling cryptids, the most famous probably being the Loch Ness Monster in Scotland. Similar creatures can be found though in bodies of water all over the world. Evidence for these water dragons generally comes in the form of photographs, video, infrared and sonic testing, geology mapping and individual observations. Confusingly, disproof of the animal comes in all the same forms. Cryptids are real only to some. 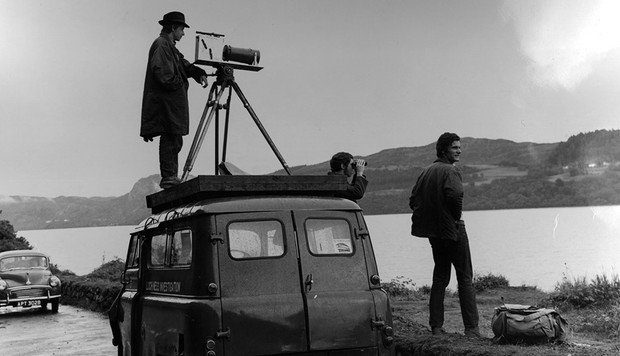 Unlike cryptids there’s no debate about whether scientific evidence exists to prove the existence of folklore water dragons. It doesn’t. But this doesn’t necessarily make them any less real, just a different kind of real. These creatures are believed in by many, for some they are actual entities and for others symbolic.

Folklore beasts are found everywhere and they cause or explain things in the world. They exist on an individual basis rather than as any kind of species, irrevocably attached to their own actions and cultural context. Their deeds are shared through an oral tradition which takes place in the actual visible physical world those same deeds created (pretty meta huh?)

The Bakunawa are folklore water dragons living in the lakes of the Philippines. They are really big with blood-red tongues, the whiskers and gills of a catfish and two pairs of wings, meaning they can fly as well as swim. Bakuanawa regularly try and fail to eat the moon and in doing this cause and explain the real phenomenon of eclipses.

Another folklore example is Uncegila, a mighty water snake who lived in Dakota, the land of the Lakota people. Uncegila flooded her part of the world with saltwater and was killed for doing so. And as her flesh decomposed in the sunshine it dried up the soil. Together these events caused and explain a large desert called the Nebraska and Dakota Badlands.

Belief in spiritual water dragons is hardcore and may be better described as faith. This is because unlike those of folklore, they do not cause or explain anything observable thus there is no external evidence at all regarding their lives. They are present only inside of their devotees. Spiritual water dragons exist as part of a large, complex, specific religious world view that also needs to be believed in. In these worlds they’re never a main event but something for a principle god to interact with and in doing so demonstrate some important qualities.

One example is Apalāla who was a water-dwelling dragon converted to Buddhism by the Buddha himself. It’s an action that illustrates the deity’s power and benevolence.

The water demons of Theophany are a Christian example. These lived in the Sea of Galilee and were killed when Jesus walked on its surface. It was a demonstration of Christ’s ability to conquer evil and it added generally to his miracle-based hype. 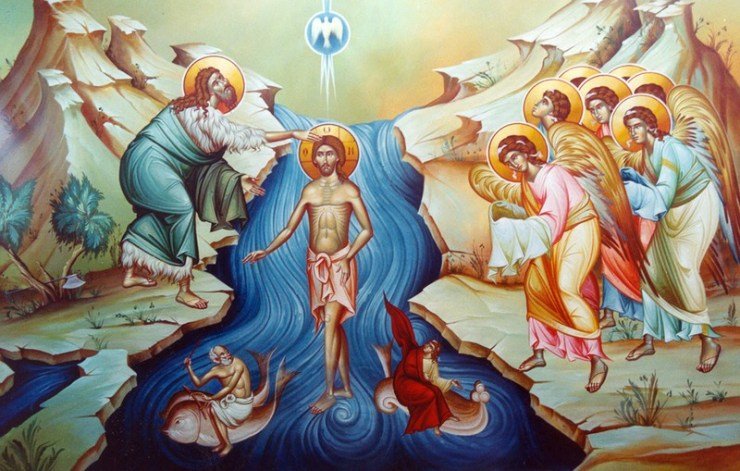 NB: I know the words ‘folklore’ and ‘mythological’ may be considered synonyms but they aren’t here (for convenience rather than conspiracy).

The main differences between this category and the preceding two are the notions of belief and purpose. I.e. mythological water dragons don’t need either. Like the folkloric and spiritual ones, mythological sea dragons are individuals and they do live in specific contexts, but that’s really where the similarities end. These creatures do not need to feed on explanation (like folklore) or faith (like spiritual) to exist. (I mean you can believe in or attribute stuff to them if you want but their lives do not depend on it).

Mythological water dragons live in oral stories and superstitions and memories. They have personalities, priorities and localized patterns of behaviour (like protecting or hunting or granting wishes or causing mischief) but are not tied to big defining actions or events (e.g. creating the universe or bits within it). They just hang out and do their thing and are known about but generally not revered.

All cultures have water dragons and usually more than one. In Scotland there are Selkies (seal folk who sometimes marry humans), Ashrays (made of water, completely translucent and nocturnal) and the Blue Men of the Minch (they try to cause shipwrecks and are – duh – coloured blue). Sweden has Nökken (they dwell in lakes and turn into white horses to score and then drown human women), Fossegrimme (a naked young man who plays non-stop violin under a waterfall) and Draugen (the ghost of a man that drowned at sea). Akkorokamui (a giant monster) lives in the sea near Japan, as do the Akugyo (a species of giant mermaid) and Bake-kujira (a ghostly whale skeleton). You get the idea.

Fantasy sea dragons exist only in books, movies, paintings, computer games and a bunch of other artefacts. They come from the human imagination and are adapted and adjusted by authors, painters, designers to fit whatever fantastic world they’re creating. Pretty much everyone agrees they’re not real. Some examples:

The Swamp dragons in Terry Pratchett’s Discworld novels; the swimming dragon in the woodblock print ‘Susanoo-no-Mikoto, the Impetuous Male’ made by Utaga Kuniyoshi in 1861; the sea serpent in the Roger Corman-directed film ‘Saga of the Viking Women and their Voyage to the Waters of the Great Sea Serpent’; and these lyrics from the Nana Mouskouri song ‘Dance over the water’ which are quite cool and a good place to end this essay:

A terrifying mystery, sea dragons lived up there

My time machine begins to work, I see the pirate ships

Enraptured till I taste some salt air upon my lips