I am White and fragile and you are too

After this last post I thought I had finished writing about racism, at least for a while, but it appears not. I continue to feel compelled. Part of this comes from my participation in Mahi a Atua’s Mataora Niwareka training. I’m going to write separately about this experience, for now just know it’s given me the kick in the arse I needed to really try and confront my own racism and to berate others to do the same.

In this essay I’m going to respond to a lecture by Dr Robin DiAngelo, Deconstructing White Privilege (below).+ I'm going to do this in the context of Aotearoa. (I’m also going to use quotes from her work to illustrate this essay and I give no fucks if you find this naff. She is on point every time).

Dr DiAngelo is a sociologist, author, educator and professor at the University of Washington. She specialises in Whiteness Studies and Critical Discourse Analysis, tracing the reproduction of Whiteness through everyday social narratives. She is likely best known though for coining the necessary and intense phrase ‘White fragility’.

The lecture below is all about this. For those of us who are White and fragile (but think we’re helpful and progressive) it’s confronting viewing. But it should be because this stuff is hard! If you don’t feel uncomfortable about racism, you’re not doing it right. So please watch the lecture. Dr DiAngelo is eloquent and knowledgeable and there’s so much more than I’m going to cover here. 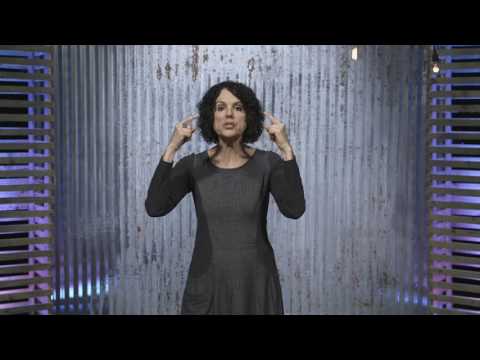 Before starting I want to get a few things really clear. Lots of what I say in this post is tricky and triggering (necessarily so) and there’s potential for fragile hackles to rise. I’m hoping that having the following top-of-mind might help keep that same mind open:

I will talk more about these things in the post proper. 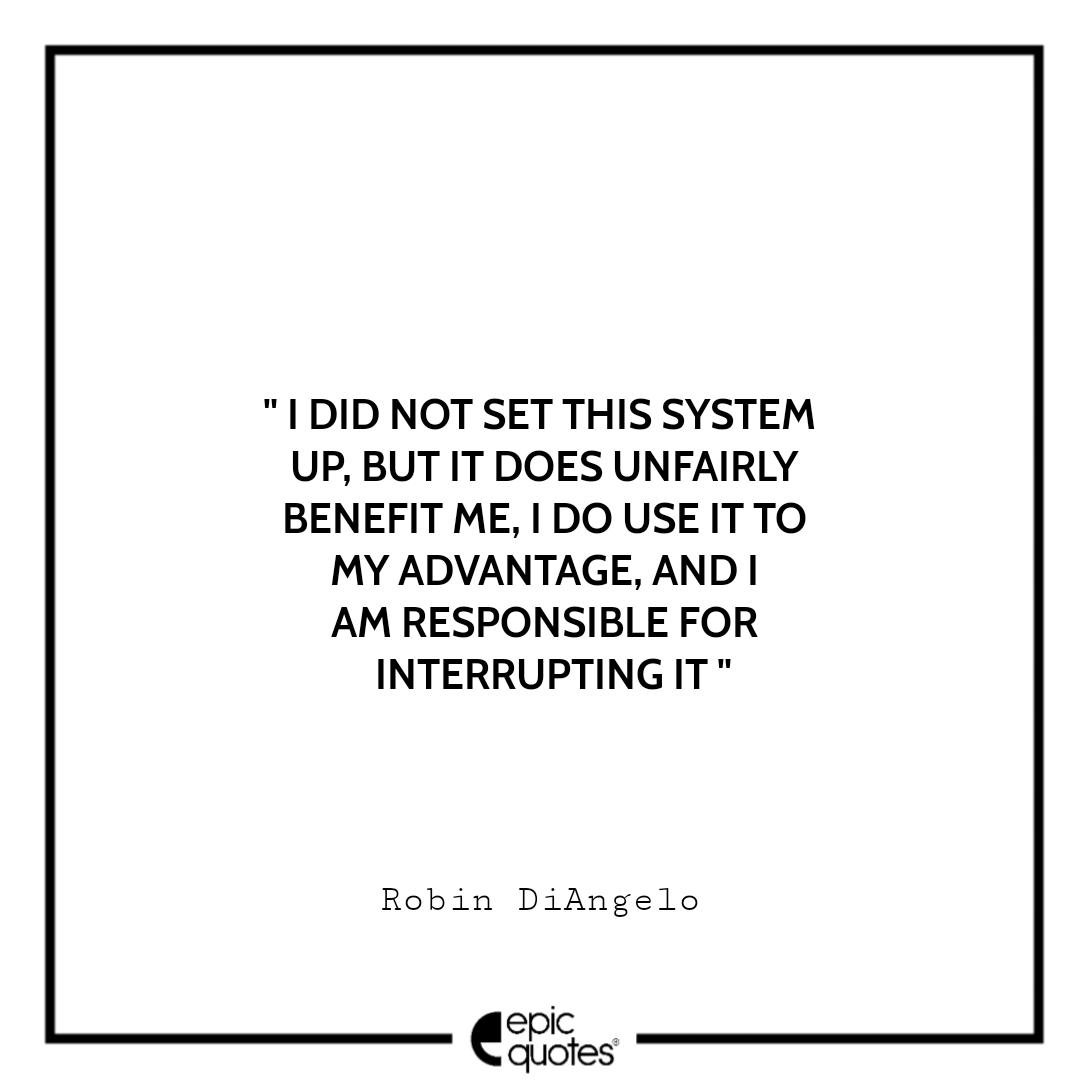 What is White fragility?

White fragility is defined by Dr DiAngelo as a “state in which even a minimum amount of racial stress becomes intolerable, triggering a range of defensive moves. These moves include outward displays of anger and guilt and behaviours such as argumentation, silence and leaving the stress-inducing situation”.

As I said I’ve indulged in this behaviour. I’ve also experienced it from others. I’m going to use the social media response to my series about the problematic nature of Steiner schools as an example of this. The first of these posts discussed the schools’ anthroposophical basis; the second, their secrecy; and the third, their racism. All were framed as systemic issues rather than individual experiences.

In reply to these I felt the full force of polite White fragility. The original post met with defensiveness, mostly of the ‘individual children have a great time at Steiner school so what you’re saying can’t be true’ type. It was also assumed I’d never visited a Steiner school (I have), and there was one kind of vaguely guilty-feeling response from someone who’d worked at a Steiner school but hadn’t researched the movement.

With the second post the reactions were much the same although scarcer in number.

By the shit’s-getting-real post about racism however, there was radio silence. Those who were passionate in the beginning stopped responding. I assume others stopped reading completely. No one in the movement replied to my offer to discuss things. All these actions represent disengagement, the leaving of a stress-inducing situation.1

(An extra thought about about leaving stress-inducing situations - I've noticed a lot of well-meaning people excusing themselves from conversations on the basis that 'this issue relates to Māori/people of colour/trans/disabled so only Māori/people of colour/trans/disabled can speak to it, and if I do, I’ll be a White/cis/able-bodied  person speaking ‘over’ them’. This has been me.

On reflection this seems to me just another manifestation of White fragility, absolving oneself from doing a hard thing via ‘sensitivity’. It is everyone’s job to speak about injustice. Just do it in the right way, from a humble, authentic and educated place. And be prepared to be called out, questioned or told your participation in this instance is inappropriate. And if this happens be prepared to suck it up, reflect, learn and try to do better next time. It is difficult and I continuously fail and feel stink but if you don't try you are lame). 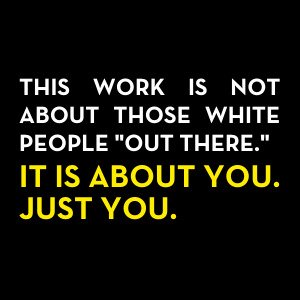 A lot of the just-described blog pushback came from people I know to be caring, who I care about and who’d consider themselves to be anti-racist. They’re ‘good people’ as are my non-Steiner friends, family and colleagues who are also ‘not racist’. Except they are (remember this is me too). It’s a conundrum and it’s very intense and difficult to explain.

We need to understand systemic racism because it is the context for White fragility. I don’t have the room or skill to reiterate Dr DiAngelo’s definition (watch the video) so I’m just going to point out these crucial things:

The fifth and sixth points especially, set us up for White fragility. These broader realities clash with our personal ‘anti-racist’ morals, politics and actions. Because we’re in the thick of it we do not ‘see’ systemic racism so when the issue’s raised we default to a definition that’s personal and we freak the fuck out and need to prove we’re ‘good people’ and we can’t be racist if we’re ‘good people’ and please leave me alone.

In this scenario we perceive racism solely as a moral issue or binary where ‘bad’ people are racist, live in Tauranga and mutter about gangs, and ‘good’ people are anti-racist, live in Wellington and sign petitions. They’re mutually exclusive. You can only be one or the other and we choose to be ‘good’. In the context of systemic racism however, being ‘good’ is problematic and actually perpetuates its effects.

Dr DiAngelo deconstructs this good/bad narrative, tracing it all the way back to the American civil rights movement (she’s American). She says how in the pre-civil rights era it was mostly socially OK for White people to talk about their racial superiority and to act on it. Then the fight for civil rights happened. This had many great outcomes but it also unintentionally created a racism binary, where you either fought on the side of right or you didn’t. And if you didn’t and don’t, then you’re a flat out no question bad person full stop.

This in turn makes it almost impossible for White people to discuss racism. The binary sets up our need to defend, so our inevitable response to the raising of the issue becomes, “I must at all costs deflect and establish that I am not racist”. Ta da! White fragility. 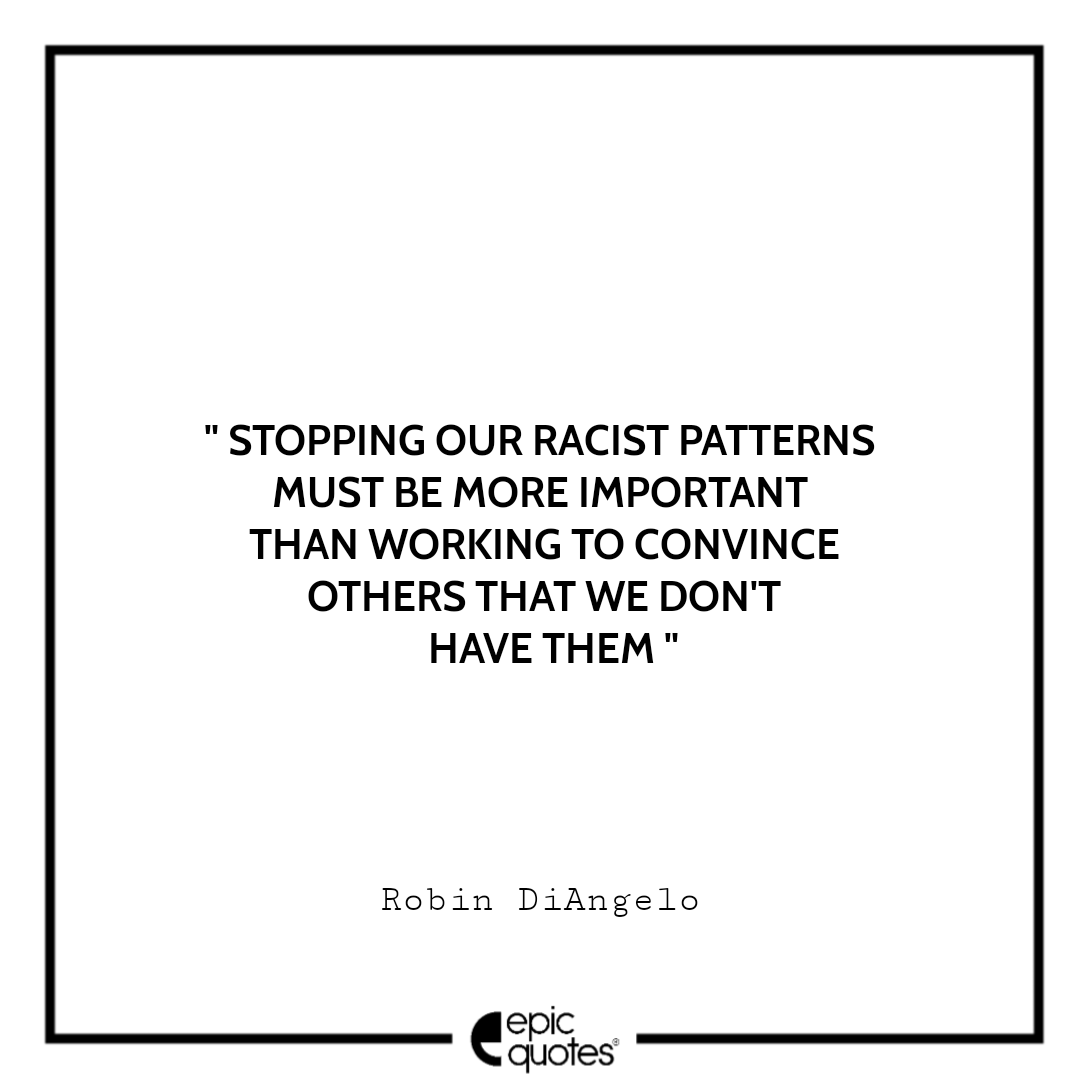 So, we White and fragile types cannot really cope with engaging about race. Yet we live within a racist system that shapes and privileges our lives in a whole bunch of ways, like through health outcomes, employment prospects, educational achievement and likelihood of being arrested. There are mountains of evidence that show in all these contexts, things are better for us than they are for Māori.3

The question then becomes how do we as White people have the functional everyday conversations we need to have about the (systemic, privileged) realities of our lives while (consciously or not) avoiding any mention of race and therefore any possibility of looking ‘bad’?

Dr DiAngelo explains we’ve developed a social language for doing this; that there are multiple words and concepts which mean White people can talk about ‘race’ and its effects without ever having to say the actual word (again, consciously or not). She gives as an example, an app called ‘The Sketch Factor’. When you shift house, this app shows the ‘sketchy’ neighbourhoods in the place you’re moving to, thus you can avoid them. In the White American mind Dr DiAngelo explains, ‘sketchy’ is firmly associated with race and class. This may be conscious or not (surprise!) but it doesn’t really matter. Either way the word allows White people to avoid any reference to ‘good’ (middle-class, White) and ‘bad’ (Black, Hispanic, working class) neighbourhoods. Thus their lefty, progressive virtuousness remains intact.

As she says, “It’s the convenience of segregation through an app”. Ouch.

Aotearoa has this in spades

'Segregation' is a bad and scary word, especially for those of us who 'aren't racist'. The word conjures up apartheid-era South Africa and the Confederate States and genuinely makes us/me feel sad and awful. Segregation is no longer a 'policy' but it still exists. It's just harder to see because it's systemic.

In America as Dr DiAngelo describes, White people can live in segregated neighbours but talk about it via the language of an app and therefore stay 'good'.

In Aotearoa one of the ways segregation is enacted (subconsciously or not, am sick of saying this) is through the selection of schools for our children. There are heaps of terms that absolve us from having to talk 'good' and 'bad' - and therefore race - in relation to schooling. Here are some of them (I’m not going to bother with inverted commas, you know they're there):

Whether we acknowledge it or not we all know these are code for Māori students and/or schools with predominantly Māori rolls (within the mainstream education system).4 But they can be used by White people with impunity. Sending your child out-of-zone and bypassing the local school, is perfectly fine when it's because of 'resourcing issues'. It's 'not racist' to say this.

It’s also worth noting that because of systemic racism many of the above descriptors are accurate. Also every sector has a comparable list. 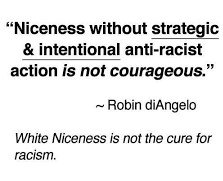 White fragility represents a whole ghastly self-perpetuating cycle that basically works like this:

The cycle cannot be broken until White people face up and step up.

I am not special. I am not imbibed with any kind of inner goodness. I am just trying to be less White and fragile. My method is to notice systemic racism; acknowledge my part in it (and cope with the discomfort of doing so); use this as motivation; do the mahi;6 tell others that this is what I'm doing (maybe someone will hear you); and learn and try again when I fail (as I do all the time).

Like I said, I am not special. You too can get your shit together. Just stop your fragile White squirming and make an effort. 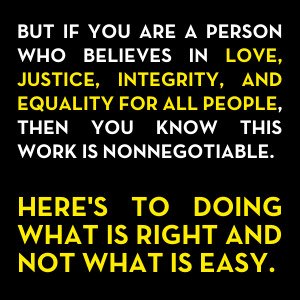 +This video was shown as part of the Mataora Niwareka program.

1 There is the social media make-invisible algorithm possibility, but the link to the last Steiner racism post still got plenty of ‘likes’, the blog had the usual engagement and I had some private messages in response. I dunno.

2https://www.youtube.com/watch?v=45ey4jgoxeU – this is a (much) longer version of the White Fragility lecture.

3I could not choose what study or collection of statistics to link to. There are so many, just do a search.

4And/or Pasifika, people of colour, speakers of languages other than English, the disabled, those on benefits/low wages/in state housing.

5Good things but with unintended consequences that need to be acknowledged.

6Which is not just writing blog posts.