Make comics however you want. It's all good

Recently I was asked by a NZ comics community member if I’d do a brief interview. I said yes because it’s always nice to be asked to participate in such things; and – as you know – I do love to pontificate. I was then sent some questions. The questions were focused on comic production.*  As the email said, ”… the good old ‘what brush do you use?’ theme”.

The inquiry was entirely valid but as I read it I realised that for all my comics swagger, production is an aspect I am pretty much indifferent to. I have nothing really to say about it. However! I do have stuff to say about my lack of stuff to say and that is the stuff I am now going to say (metargh).

That I am not really interested in the mechanics of making comics is curious because I am interested in the influence of contexts on comics and production is a legit context. My lack of engagement becomes even more confusing when you factor in the attention I pay to this stuff in non-comic endeavours.

For example David Byrne has written a book called ‘How Music Works’. It is in part about the impact production technologies and spaces have on the types and qualities of the music made with/in them. It describes how punk had to be loud and electric in order to be heard over the drinking, talking and shouting in venues. And how in large, stone, gothic cathedrals notes hang in the air longer so the music that sounds best is slow and melodic so that’s what is composed. And that the advent of microphones meant singers no longer had to have epic lungs and they could whisper or play with vocal dynamics in ways previously unheard of. I find all this fascinating.

Intellectually I do know that all the same things apply to comics; that their content and form are influenced by how and why and when they are produced. I know that paper and twink and pencil offer something different to tablets and screens. I know that the advent of colour printing changed the look of comics. I know the internet means web comics can exist. I know that making 10 copies of a zine on a photocopier is quantifiably different from a professional print run in the thousands. I know all of these things but for some reason I do not find them gripping.

Also I do not think any production technology is ‘better’ than any other. Sometimes people assume that because I like mostly to make my comics in an analogue fashion I think the method is superior. I really don’t think this. And I don’t believe – as some do – that digitally constructed things somehow have less ‘soul’ or ‘personality’ than things made by hand. On this musician Bjork cut to the chase (yes music again, but it’s too perfect). She said, “I find it so amazing when people tell me that electronic music has no soul. You can't blame the computer. If there's no soul in the music, it's because nobody put it there”. Ditto comics.

With comics it is the soul I care about, and the integrity, emotion, energy, politics, philosophy, aesthetic and how these impact on the reading experience. Not their production. Curious but true.

*In this post I use ‘production’ to refer to the mechanical or physical act of making comics. Not mental processes, motivations or aesthetic, political or commercial decisions etc. 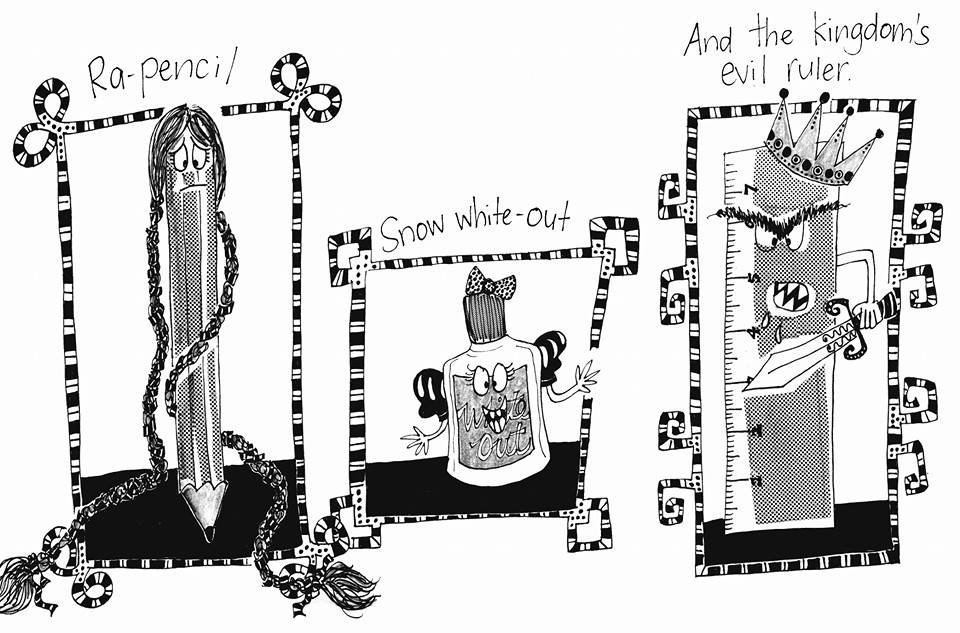