Often I whinge about how ghastly the comic versions of books are and it’s true I generally prefer chewing on tinfoil to reading one. I find them laboured, reductive, pointless,* insulting, tone deaf and actually quite brutal and upsetting in their attempts to destroy the things I hold dear (The Hobbit? Aaargh. The Wizard of Oz? No no no. Journey to the Centre of the Earth? Please. Discworld? SOB and FURY).

But never let it be said that I do not have a growth mindset (motivational huh?) and so when I saw what looked like some comic adaptations of the Pippi Longstocking novels I thought I’d give things another go.

I was drawn in because there were three comics like there are three novels and I love things that come in sets of three. The covers were cool with superbright colours and a completely insane-looking girl doing daft rad things. I was intrigued that each was called ‘Astrid Lindgren’s Pippi…’ followed by a short pithy title description of whatever it was that Pippi was up to in that particular volume. Also the comics did not have the same names as the novels, hinting that perhaps they were not your usual cut-and-paste adaption tat.

I figured the Pippi Longstocking world was the perfect one for me to venture into comic-wise because while I like the stories a lot I do not love them. Thus any smashing of a beloved imaginary universe would result in minimal heartbreak.

So in I went and they were great because they turned out NOT TO BE ADAPTATIONS AT ALL. Instead as their titles suggested, they were about Pippi Longstocking having additional adventures to those in prose; a Marvel Universe situation – less the comics being made into films and more the characters from the comics hanging out in other mediums. And then I bothered to look at the covers more closely and of course! Astrid Lindgren and Ingrid Van Nyman who wrote and illustrated the novels also made the comics. So actually more of an uber-awesome Moomin/Tove Jansson/Renaissance woman situation.

For me this meant two main things. 1) That the Pippi Longstocking character was thoroughly known and understood by those representing her; and 2) that these books were not an attempt to squish and pummel word stories into a shape that’s UNSUITABLE. The comics had integrity.

The drawing was aces – somehow stilted and leapy at the same time. Definitely flat and minimal and with wonderful eye-wateringly garish colours. The main panel background colour was an illogical loud sunshine yellow and it made me feel all 'ahhhhh yes'.

In terms of content the comics were equally great and, unsurprisingly given who made them, had the same feel as the novels. There were punchlines and absurdity and Pippi Longstocking was just as fearless, confident, kind and ridiculously super-strong. She encounters a wild boar and says,

“Get out of here! You don’t exist. That’s what my Pappa said”

Then she lifts up the boar and spins it around and repeats, “Beat it! You don’t exist…is that so hard to understand?”

But the boar is still there so, “uh oh…maybe you do exist after all” at which point she throws it into a tree and says, “In that case, I think you should stay up there and calm down a few notches”. So daft. So good.

Cartoon Pippi Longstocking is drawn wearing the weird odd socks she is described as wearing in the book and it’s the perfect amount of reference.

So these comics rule and my pointlessly entirely-self-imposed obligatory quest for a good adaptation continues. I’m in no hurry.

* Although yes they do engage some people who wouldn’t otherwise read and I believe with both my mind and heart that this is an important thing but also yada yada. 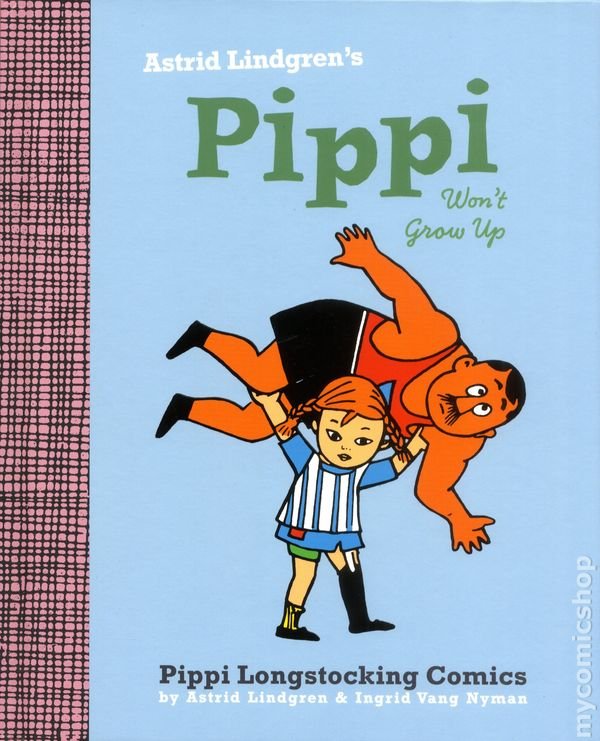 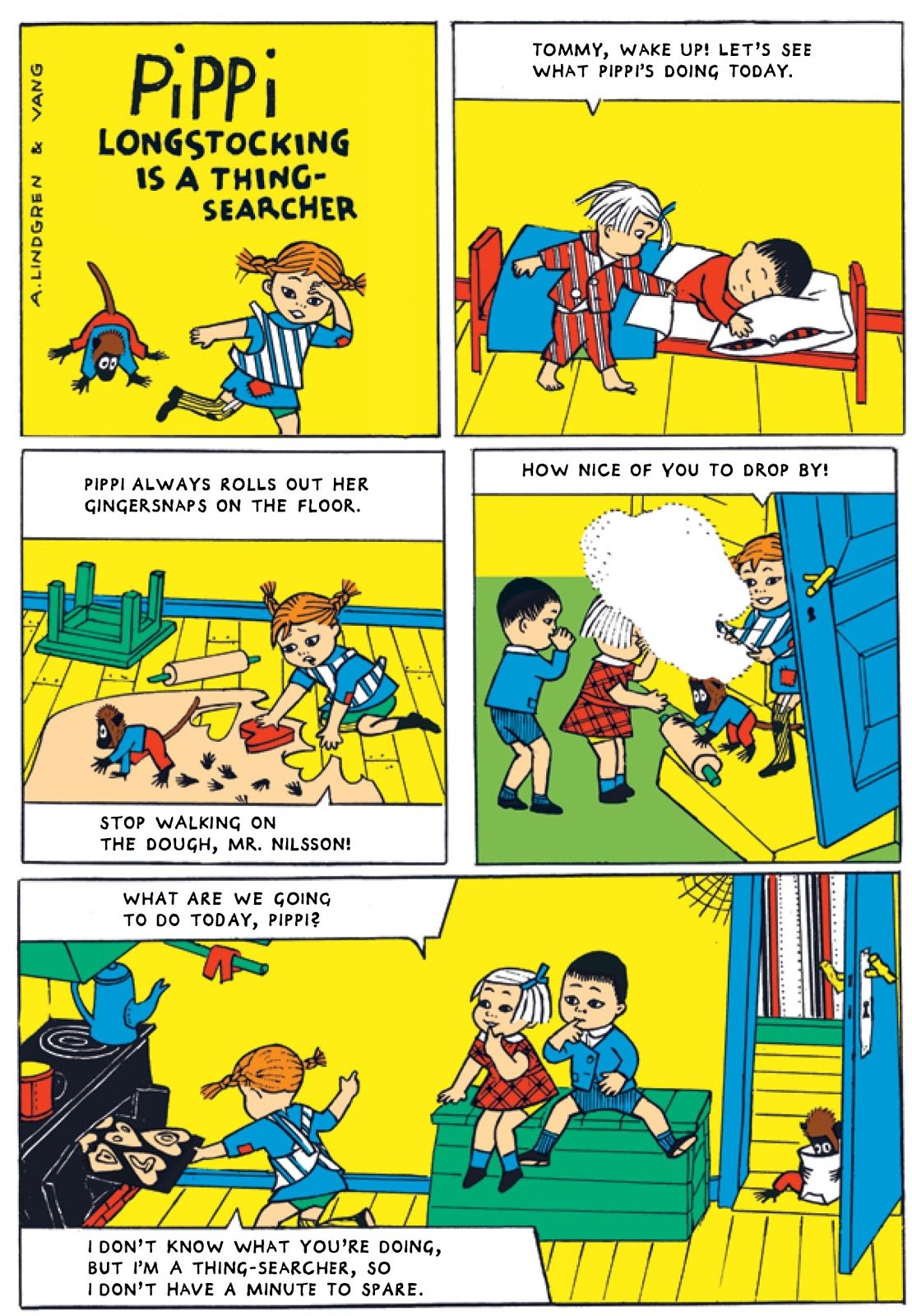