Hideous bread-head Microsoft Corporation notwithstanding, PowerPoint is a great piece of classroom software. And I will defend it however uncool you think it is or I am. Yes PowerPoint can be very very very boring and annoying but this is less about the tool and more about a lack of imagination on the part of the user.

This post was inspired by a dusty pile of CDRs I recently found under my bed. They contained a whole bunch of kids’ work from when I was a teacher, some of which was made with PowerPoint. I had many feelings and thoughts looking at it, including “wow, this stuff is still amazing. I should share it” and “all those PowerPoint haters. This’ll show them. Ha” and “young teachers today with their web apps. They don’t know they’re born” and “maybe I should go back to teaching *sob* oh, but I am too old and weak *wail*”.

In the modern classroom (creaky voice) you probably wouldn’t use PowerPoint to do the following things. There are now other easier, quicker and slicker tools.1 This means the following work does look a bit clunky but this makes me love it all the more. It is clearly ‘made’ and if you look really closely, beyond the content, you can see the story of the making; the joys, frustrations, discoveries, mistakes and triumphs of the authors are all evident.

We are about to enter the PowerPoint classroom, but first some general reasons I found it such a great teaching tool:

I’m also going to provide a bit of specific context for each piece of work. It’s the teachery thing to do.

(I hope they don't take too long to load. They are worth the wait!)

This was made by year two and three students and is kind of a digital book. In this work the slides act as both pages and frames for animation. The animation is traditional frame-by-frame, done via repeated PowerPoint slides with short transition times. The original illustrations were made in Windows Paint (my all-time favourite piece of software!)

The work’s content is a series of recounts regarding a class trip to the bush, as shared by the participating children using moving images, words and the language of PowerPoint itself (e.g. word art, sound effects etc.) It's always a useful thing to give young children - who are all at various stages of literacy development - communication options and challenges.

It was also always amazing to see the reactions of kids when they saw what they'd made. I imagine they'd be pretty ho-hum about it now, but at the time making a cartoon was a massive deal. 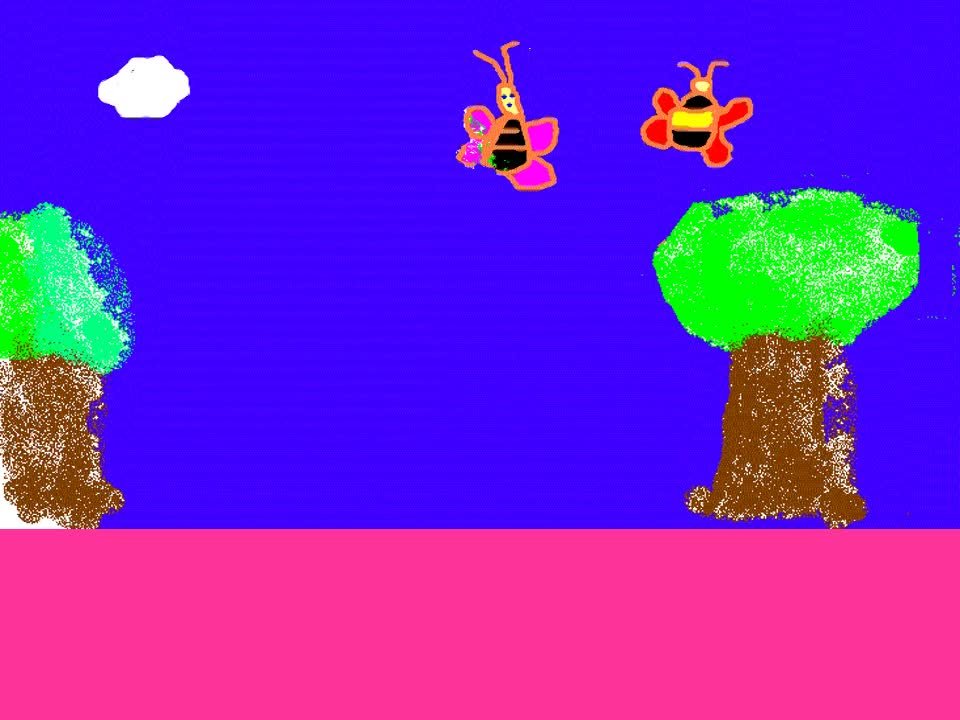 These are two works made by senior secondary students as a part of an exploration of the work of Len Lye. Again the images were made in Windows Paint and the animation is frame-by-frame, with each slide acting as a frame (I used PowerPoint as an animation tool a lot). The music was made with a free piece of software called Hammerhead Rhythm Station, another programme I used heaps (last updated in 2006!)

These works may look simple, but they’re the result of lots of learning and thinking about Len Lye and the stuff he was trying to do in his films. There were some big concepts! Like the relationship between image and sound; that animated images do not have to be representational (like a cartoon); and that musical sounds do not have to be traditional (like a song or symphony).

One of the cool things about computers was how they made expensive and difficult techniques accessible. We could not scratch on film the way Len Lye did (had no mass access to blank film or way of editing it) but we could explore the same themes and get the same effects with (bog standard) software. 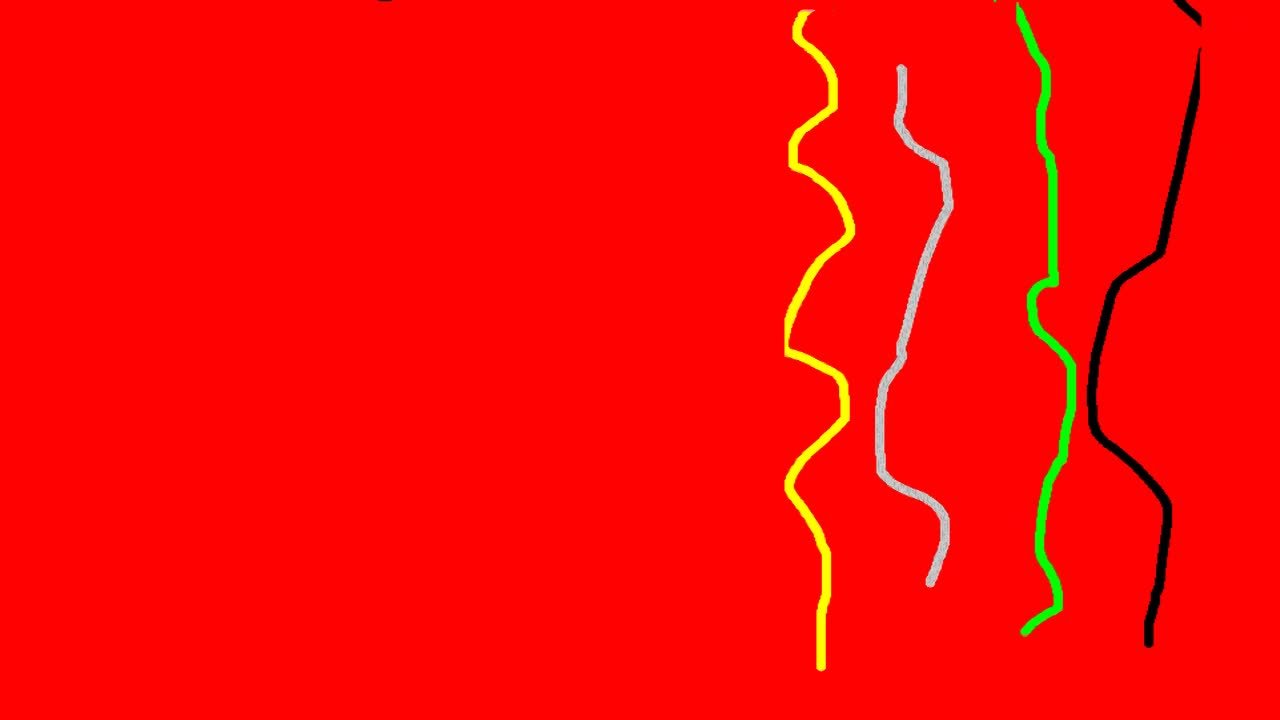 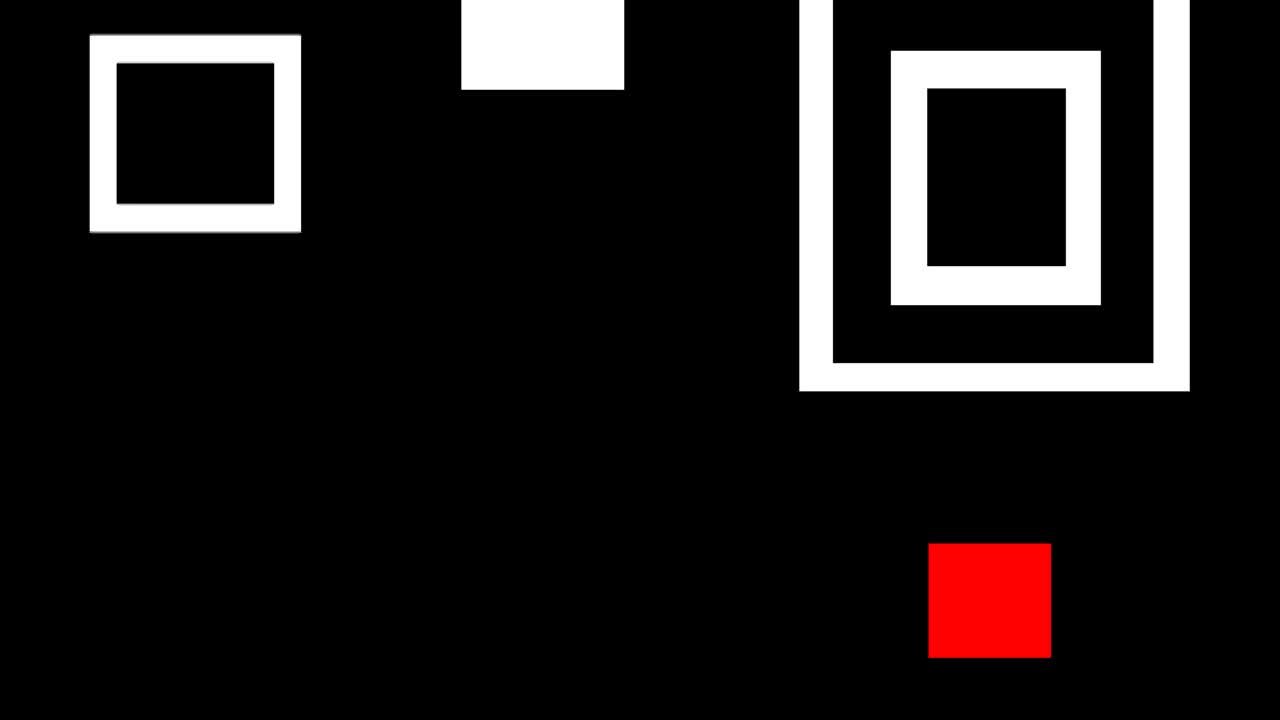 Using the PowerPoint hyperlink function we made choose-your-own-adventure stories! With these the technology part was really easy, the challenge and value came from authoring stories with multiple plot lines. No exaggeration, it’s a mind fuck.

Here are some stills from a year eight author’s science fiction story, The Year 3020. I wish I could share the actual clicky interactive version I can’t figure out how to insert it here. You get the gist though. 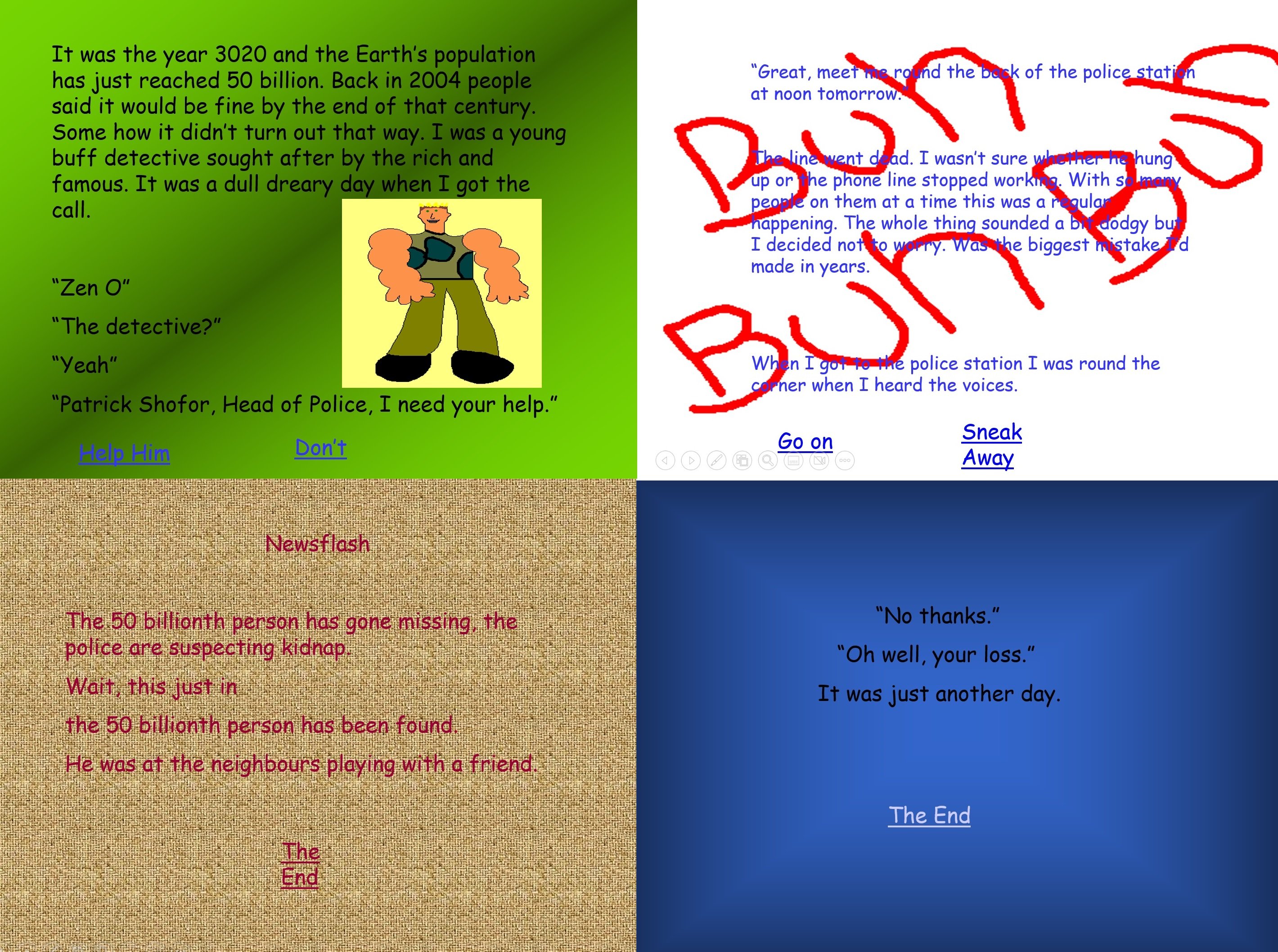 Here some year seven students use PowerPoint to explain how earthquakes work. This was part of the classic ‘natural disaster’s’ science unit every school seems to have done since the beginning of time. In this example the animations are made with Microsoft GIF Animator – another free piece of software (now defunct) and inserted into PowerPoint slides. The voice-overs were recorded with Windows Sound recorder.

One of the great things about PowerPoint was how you could use it to combine sound and image i.e. stick them together in a single place. If you just had one sound across all the slides (like the videos above) PowerPoint was fine for animating, but if you needed different sounds across different images then animated GIF/recording/single slide combo was the way to go.

Again, the content might seem straight-forward but to get there involved big research into earthquakes, decision-making about important things, figuring out of how to communicate understanding, and mastering of the technology.

(One classic classroom trick – when I could I’d always get students to present in a medium different to that they got their information from (e.g. if you learn about earthquakes from a non-fiction book, share your learning in an animation. Similarly if you learn about daffodils from a poem, share your learning in a newspaper article or dance or garden etc.) Creativity and critical thinking are inherent in this process, plus it eliminates the possibility of plagiarism, plus blah blah listen to me…) 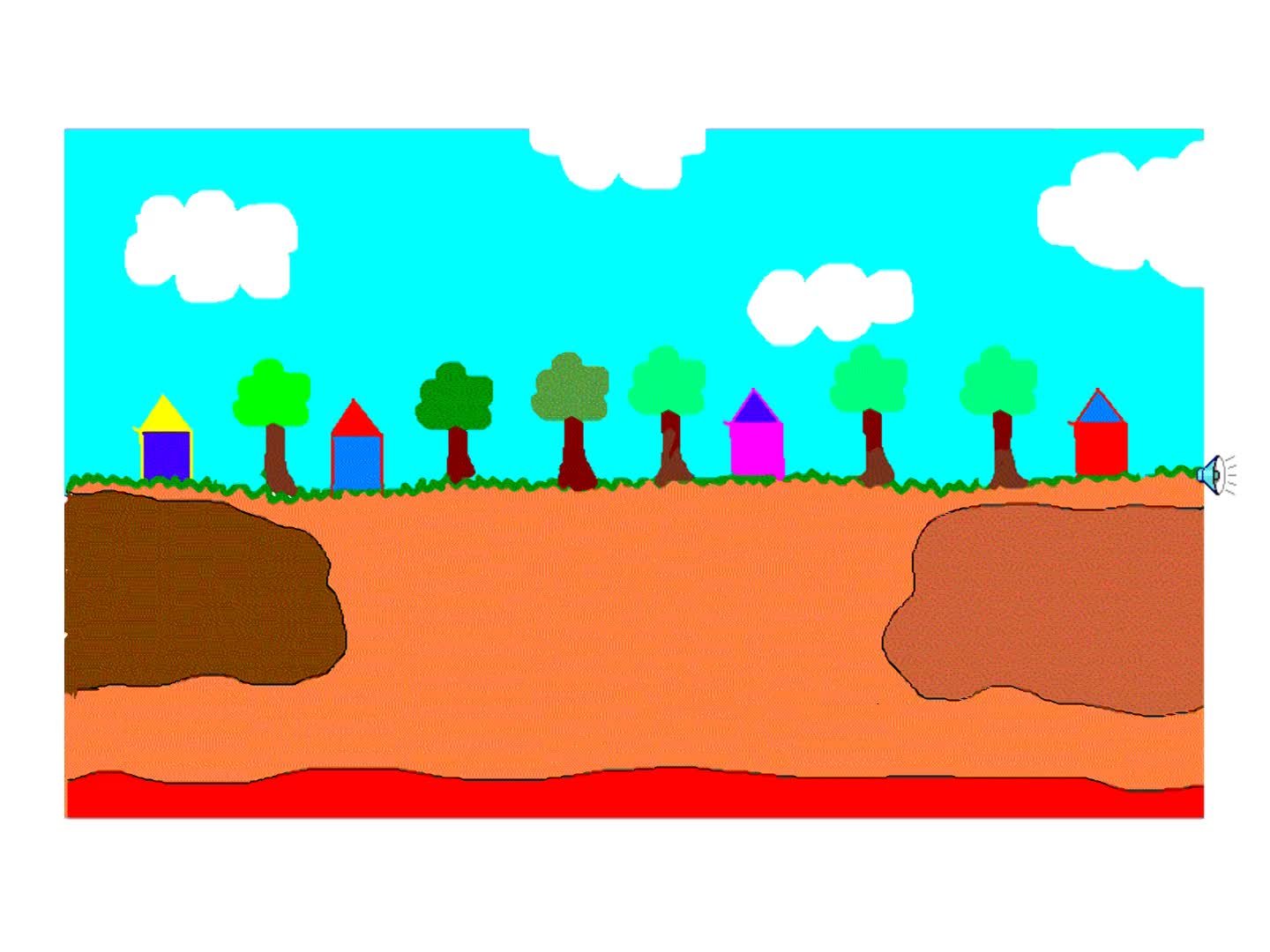 Sometimes we used PowerPoint in kind of a more traditional way, as a series of slides to communicate information. The following is an example of this. But along with text the author has used music and sound effects, photographs, and three - count them – three kinds of animation! The flags at the start are an animated GIF, the Queen and her soldiers are a series of slides, and the boats landing at Gallipoli use the built-in PowerPoint animation effects.

I feel particularly emotional when I look at this work. It was made by a boy who was mostly disengaged with learning, but who for some reason was really into this. It took him a long time and we both felt so proud when he’d finished. Also the content is great – informative and emotional (the ending always makes me feel a bit teary). 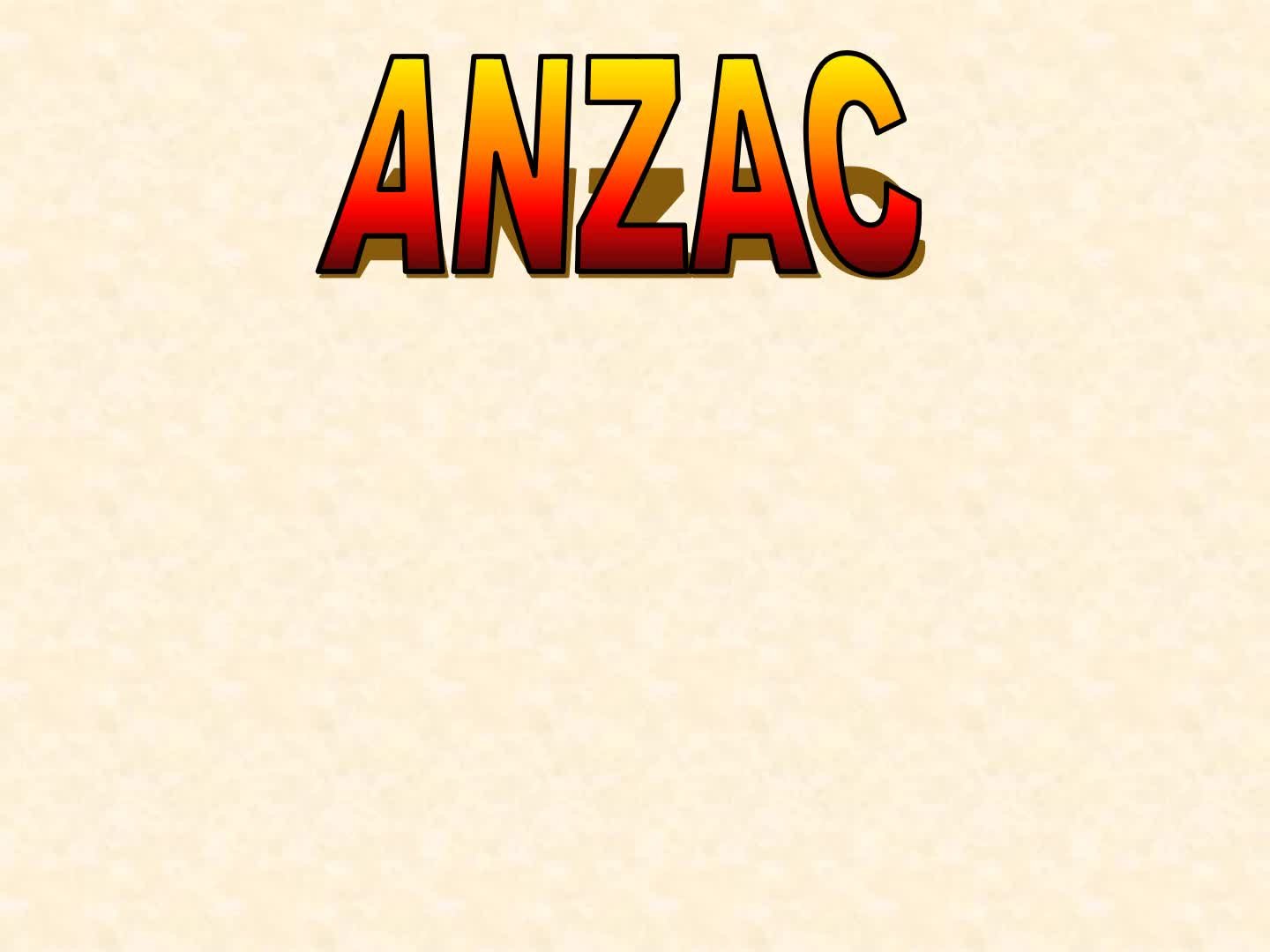 These works were made by year zero and one students and use the built-in PowerPoint animation tool. The creatures were drawn in (my beloved) Windows Paint then inserted into a slide, a freehand animation path waa then created that the creatures moved on when the mouse was clicked (you can hear some clicks in the movie. It's so lovely). The sounds were made by the kids, a mic and PowerPoint's own sound recording feature.

I love this so much. It’s crackers. 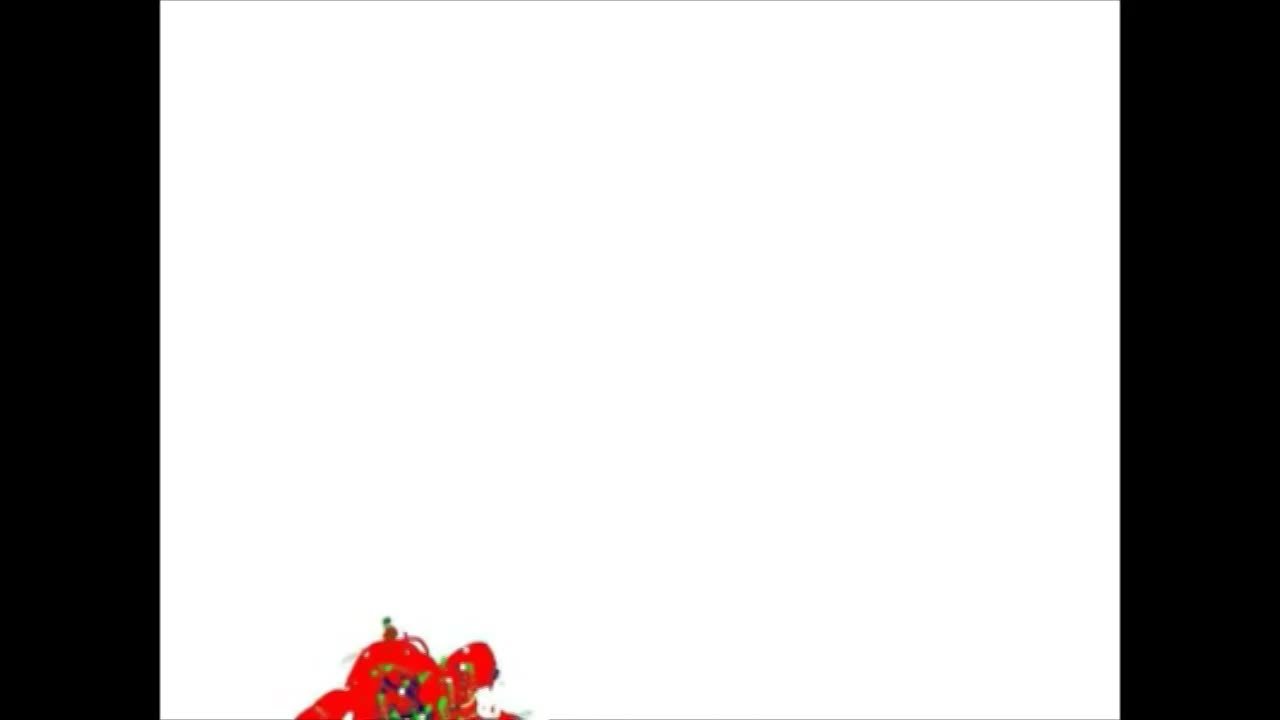 Finally, here are some more Windows Paint/PowerPoint slide-by-slide/Hammerhead animations, this time as adverts. When watching these the important thing to remember is how their authors got to the place of making them, specifically they had to learn the  language of advertising and then figure out how to implement it. People do degrees in this!

I enjoy how the two works are different - one is short and pithy, the other is a long narrative – and how they are the same -  both hilarious. 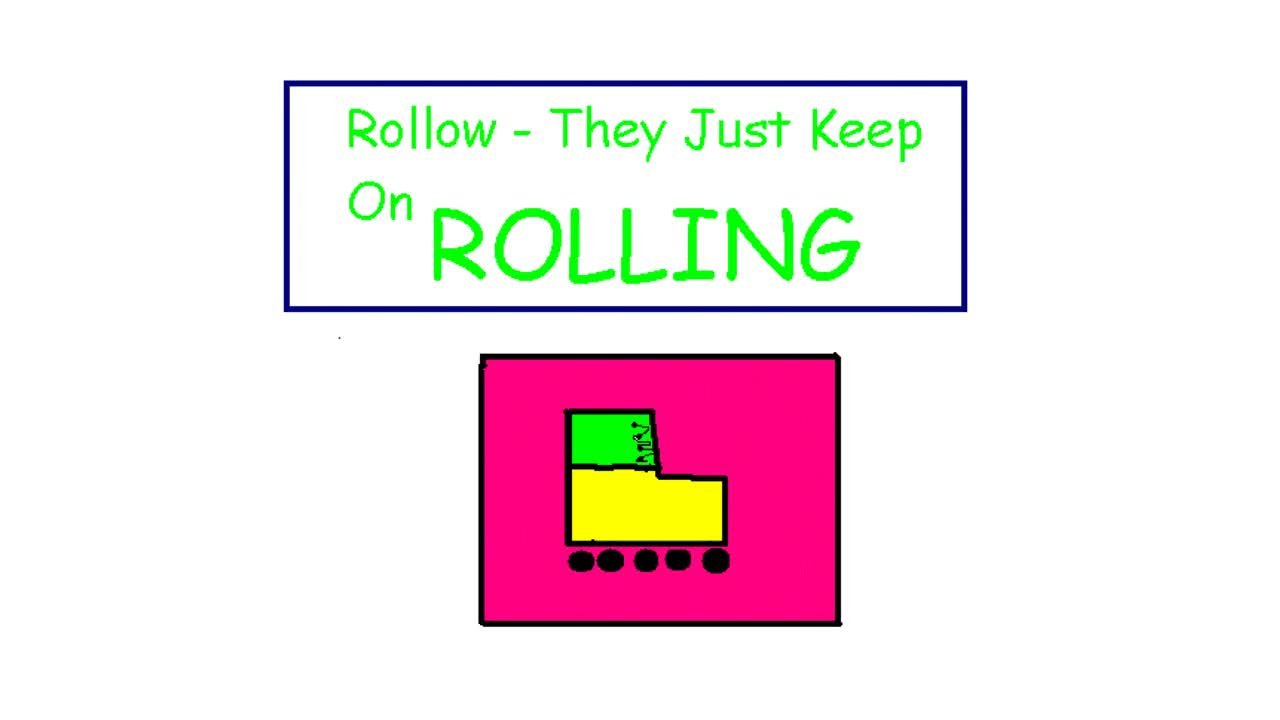 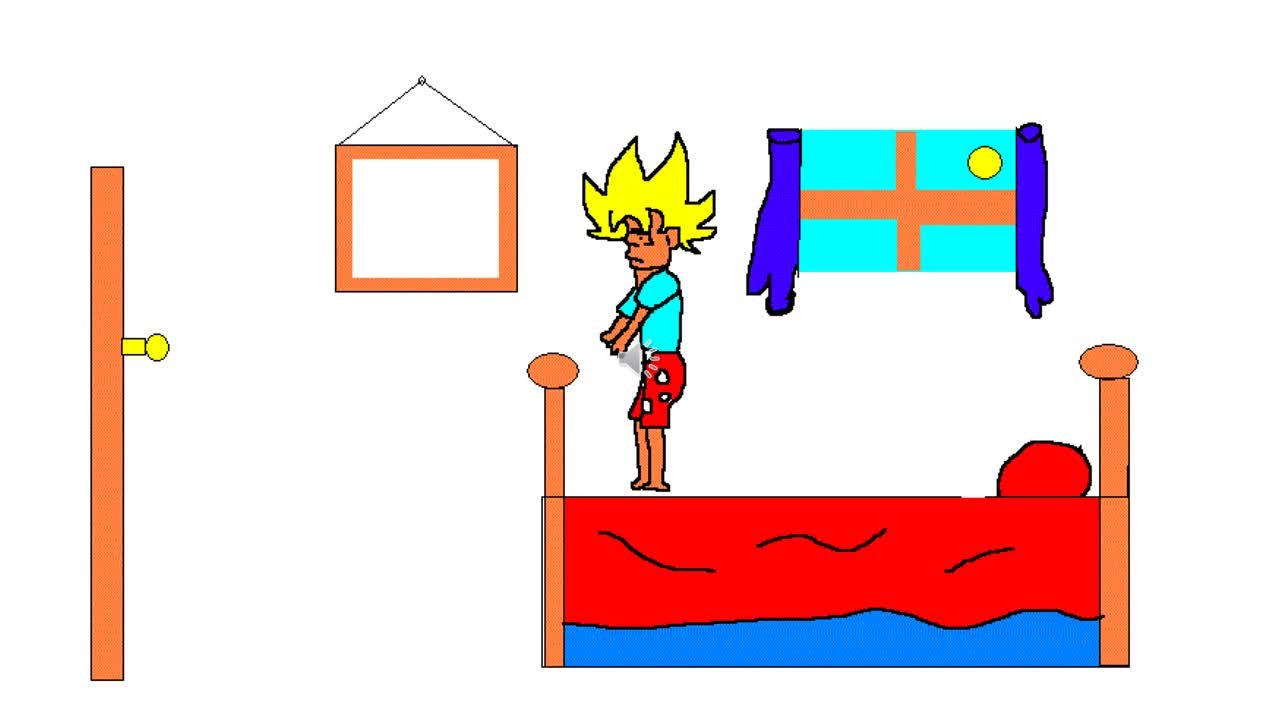 I enjoy this work very much. I hope you do too.

1 At the risk of being a sad old git I do wonder if the ease of cloud applications limit teaching and learning possibilities. Snazzy user-interfaces hide processes and actions which make it difficult to understand how something works e.g. you don’t have to know about ‘animation’ when you can make an image move simply with a mouse click.

When I was a teacher I would not always have considered such a thing helpful. Sometimes I wanted my students to dig deep into a digital tool and really master a concept or skill. Or to figure out new ways to use existing programmes. Or to understand that software is constructed and doing this required decisions which tell us something about values and power. Or to realise technology’s based on science, like the physics of light or the biology of persistence of vision. Or a million other sound pedagogical reasons for understanding how stuff works.

Getting beneath the surface of PowerPoint was fairly easy. You cannot just click when you animate with PowerPoint. There is no choice but to work frame-by-frame (slide-by-slide), and you have to create and adjust a series of images, order them, set transition times etc. In doing this you cannot help but learn that animation is a process / concept /construction / text. And recognising things in this way is a form of critical thinking; transferable and useful (sometimes crucial) in any life context.