Quite a while ago I wrote about the conventionally famous women missing from the 'NZ comics' narrative and Kim Casali was one of them. In this post I write more fully about her, and more critically about the sweet/dodgy dichotomy of her work.

You know how there is that list of lauded New Zealanders? The one with Ernest Rutherford, Paris Goebel, Lorde and various other single-minded kiwis punching above their weight globally and generally making the nation’s heart swell with pride? Well, there is a person that should be on that list but isn’t. Her name is Kim Casali and whenever I mention her, people go, “gosh! I didn’t know she was a New Zealander” and get slightly excited. She is really, internationally famous and everyone knows what she did. They just don’t know that she did it.

Kim Casali (1941-1997) created the ‘Love is…’ cartoons, the ones with the cutesy couple who channel their affections by noticing and sharing sweet small moments, always with a ‘love is…’ preface. It’s a newspaper strip that’s been repurposed for greeting cards, calendars, coffee mugs, t-shirts, books and a bunch of other Valentine’s day staples. And everyone has seen it somewhere.

‘Love is…’ was first printed in the LA Times in 1970. Kim Casali had moved from Auckland to Los Angeles, where she met her husband Roberto. The cartoons were love notes from her to him and he thought they were worth sharing. She turned them into a zine (although she wouldn’t have called it that), someone from the LA Times got a copy and the paper started printing them. ‘Love is…’ was instantly popular, soon syndicated in the United States and overseas, and eventually published in fifty countries. At its height Kim Casali was earning around $7 million 1970s-dollars NZ a year.

The ‘Love is…’ cartoons are instantly recognisable. They’re always a single panel, usually black and white and have a female and a male character. Somewhere there’s a curly-lettered caption that says things like “Love is…not saying I told you so” and “Love is…mushroom picking together” and “Love is…reassuring her you can’t see any cellulite”.

As the last example illustrates, the comic is problematic. It is hardcore heterosexual and relentlessly gendered. And I’m not going to lie, it’s a bit creepy. The two characters are naked and look like children but interact romantically like adults. Neither have genitals and are instead differentiated by the length of their hair and some nipples on the female’s flat chest (which does nothing at all to alleviate the disquiet).

You cannot really defend this stuff but you can consider the context within which it was created. The cartoons were private genuine expressions of love from a woman to her husband, unashamedly soppy, intentionally cutesy and created in the swinging 70s.

One quite dodgy cartoon, one quite sweet one

I find it less easy to forgive the modern strip (drawn by a guy called Bill Asprey under Kim’s name). There’s a 2021 cartoon for example, that has the caption “Love is…preferring her directions to the GPS, every time”. The male is behind the wheel looking resigned and covered in lipstick kisses. He knows her directions will be useless but he’ll likely get some bedroom action if he complies. And of course, he loves her.

The strip’s um, youthful nakedness and woman-at-home / man-at-work binary staunchly remain because (worryingly?) it continues to resonate. The strip is still syndicated and the merchandise still sells. It’s the epitome of a particular type of old-fashioned love that apparently lots of people still want.

It’s also part of Aotearoa’s cultural (un)consciousness. Like I said, everyone responds “oh yeh!” when I refer to the strip, and they are always a bit proud it was created by a New Zealander, even those who are not-at-all into slightly creepy and intense heterosexual romances.

Dodgy content aside, I like ‘Love is…’. I like the singular, unpolished and relentless drawing. I like the genuine sense of true love (even if its expression is cringy). I like how ‘feminine’ the cartoons are - a domestic, private world made public, which in newspapers full of big important public ‘masculine’ events was and is no small thing (‘Love is…’ retains this quality even though it’s now drawn by a man which just goes to show ‘feminine’ does not mean the same thing as ‘female’). I admire Kim Casali’s business nous.

For me Kim Casali and 'Love is...' are good and bad at the same time.

What I definitely do not like is how unrecognised Kim Casali is. Books about New Zealand comics do not acknowledge her nor her problematic work. Exhibitions do not include her and she is never considered at comics festivals (not even within the context of the dreaded ‘women in comics’ discussion panel). ‘Love is…’ is definitely not everyone’s cup of tea but Kim Casali was one of New Zealand’s most successful cartoonists.

(I mean fuck, she's so famous she's even been on the Simpsons) 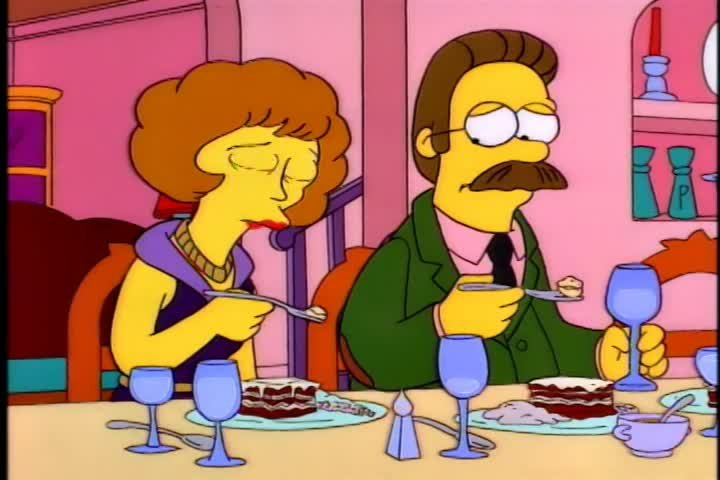 P.S. In response to this post someone sent me a photo of a very battered 'Love is...' book. It had been a gift from their grandmother to their grandfather and inside was a heart-achingly lovely inscription. The sweetness is just as real as the dodginess.

P.S.S Kim Casali was also one of the very first women to be artificially inseminated. Her husband was diagnosed with testicular cancer and died in 1975 but not before they saved some of his sperm. She gave birth to their son Milo in 1977.

There was opposition from the medical profession and lots of moral outrage from the world. But it appears she gave minimal fucks, drawing a 'Love is...' cartoon with the girl pushing a pram and the the inscription inside "Proudly presenting Milo Roberto. Parents: Kim and the late Roberto (posthumously by artificial insemination)".