Creative is not the same as artistic

‘Creative’ is not the same as ‘artistic’. It bugs that fuck out of me that much of the world thinks it is and I will stab anyone in the eyes who says ‘creatives’ when they mean ‘artists’.

OK, a deep breath and I shall explain.

‘Creative’ is traditionally an adjective - a quality or descriptor - not a noun.1  As this, it is a difficult and interesting thing to define. In the past creativity was seen as kind of a divine gift and then for ages social sciences explained it via person, process and product categories. But now unified concepts are all the rage; attempts to understand the phenomenon through socio-cultural influences like identity, connection and context.

These creativity theories are dense, nebulous and complex and way too numerous and intense for this post to cover. Instead you’re just going to get some high-level flittering-over like the following amalgamated list of the most common (western)2 creativity traits as determined over squillions of studies:

There are two main ideas about when and how these traits manifest themselves. The first is that ‘creativity’ is a general aspect of personality, a mental-model or way of being and those who do it, do it across all the different bits of their life (Ellis Paul Torrance for example is a famous white male psychologist who thinks this).

The second views creativity as a set of behaviours that are context-specific, as something available to everyone but at different times and in different places i.e. you might be a creative cook but not a creative rugby league player or vice-versa (Howard Gardner for example is a famous white male psychologist who thinks this).4

Importantly neither approach sees ‘creativity’ as an immutable gift. Although there are individuals more disposed to be creative (nature and/or nurture) it is something that can – consciously and unconsciously – be developed by anyone.5

You will notice that no-where on the traits list is “good at painting / singing / dancing / fashion design /spoken word / tattooing…”This is because, as I said, creative IS NOT the same as artistic. Instead the arts – visual, written, performing, music, design – provide an opportunity or context within which to be creative, just like pure maths, wrestling, gardening and policy analysis do.

It’s also important to remember that artistic activity is not inherently creative. For example a skilled technical studio guitarist who plays music for and by others, has limited opportunity and maybe limited desire for creativity. But that person is still a musician.

And here is where we get to the truly puke and pus and piss-inducing idea of ‘the creative’ (or ‘creatives’). First up I want to say that I am not opposed generally to the idea of functional shifts6 in grammar (in fact I love to watch the apoplectic eye bulging of old dudes who can’t cope with young people calling records ‘vinyls’). But I find the transference of ‘creative’ from adjective to noun very problematic.

As a descriptor made up of multiple traits, ‘creativity’ – whether generally and/or in a particular context – is for everyone (at least potentially or in part). But the mere existence of ‘a creative’ wipes this wonderful thing out because if there are ‘creatives’ there must also be ‘non-creatives’.

This is how names work, as tools for distinguishing stuff from other stuff that isn’t the same i.e. there are ‘pirates’ and there are ‘non-pirates’ which are all the things that aren’t pirates. The noun makes it so. Most of the time this system is completely sensible, helpful and accurate. And it works fine for ‘artist’ just like it does for pirate. There are people - like me - who aren’t artists. I am also not a bird or cloud of gas or pair of jeans or quantum physicist (to my deep sadness) and this is all true and fine. But I believe there is NO ONE who cannot be creative in some small way and it is just shitty to suggest there is.

This whole situation really comes to a head for me with the ‘Creatives in Schools’ initiative. It can set me fuming, mumbling and pacing for weeks. Creatives in Schools is (was? Am not sure) a Ministry of Education programme that pairs up professional artists with schools and kura to undertake projects. I have no problem with this idea. It’s always helpful to have experts in whatever field participate in the learning of children and teachers. And it’s cool that lots of my arty friends could do it and earn a little money alongside. But it should be called ‘Artists in Schools’ because that’s what it is.

Using the word ‘creatives’ instead automatically brings into existence ‘non-creatives’. In the context of schools I find this particularly troubling and offensive because it implies that schools do not already have creative people within them when actually they are chock full. Creativity is a central tenet of education (in its platonic form, outside of individual practitioners, schools, policies, pedagogical fashions, legislation, curriculums etc.) and teachers do it ALL THE TIME. Even the most prosaic of teachers has to, of necessity, flick in and out of those traits listed above.

To say they’re not and to invite others into a school because apparently they are, is insulting and impacts negatively on general perceptions of teaching as a profession, and the self-image of teachers specifically. I know so many educators who would never describe themselves as creative even though they can effectively and engagingly explain the difference between igneous, sedimentary and metamorphic rocks to a bunch of 6-year-olds. Amazing! They all deserve t-shirts with ‘I am the sheriff of creativity’ printed on them.

Teaching is NOT some kind of service provision. It is an inherently mind-blowingly complex, difficult, consuming, glorious, ghastly and CREATIVE career7 (I really want everyone to acknowledge this, including all my exhausted, humble, self-deprecating teacher friends). 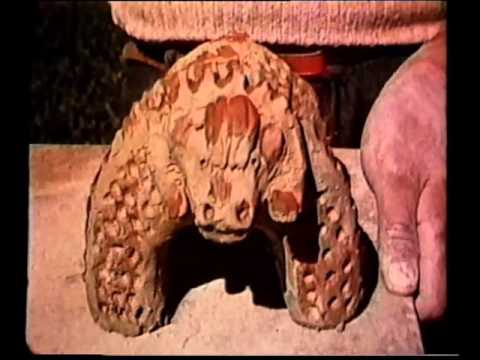 This is a video of Oruaiti School from the 1950s. It's an extreme and explicit and wonderful example of teaching and learning as creativity. It's also an important, timely reminder of what's possible, even in an era when teachers feel increasingly shackled by forces outside of their control.

1Although in the distant past it was sometimes used as a naming synonym for ‘creation’ of the religious kind.

2Te ao Māori notions of creativity – as I understand it – are embedded within whakapapa, spirituality and links to the past (see Jill Bevan Bell)

3‘Aesthetic’ meaning something that appeals to the senses. That is, the satisfaction and wonder associated with how something looks, sounds, feels, smells, operates and the overall impact of these elements combined. Again it doesn't mean 'artistic'.

4I think both are true in regard to myself. I have a baseline way of approaching everything but in some circumstances it gets more intense.

5A quick Google will show there are untold techniques for doing this, some cool, some cringy (Google is a noun that's become a verb).

6The process by which a word or form comes to be used in another grammatical function.

7This is true despite current discourses that brand learning as a product called ‘achievement’ and teachers simply a means of production. RESIST.

This post draws on my 2005 research 'High-end Creativity'. Kinda cool that some of it's still relevant. 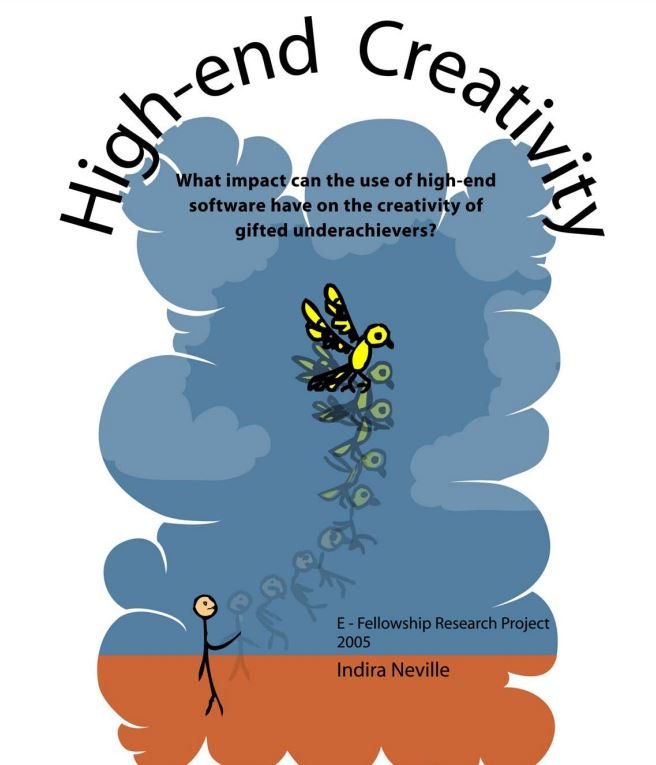