It is true I don’t much like long (any more than about 4 pages) narrative comics (a term that allows for histories, adaptations, instructions, memoirs as well as ‘novels’). This does not mean that I don’t think they should be in the world; nor that there aren’t artists and writers who are skilled at making them; nor that they don't do a great job of engaging some people in reading. It just means they are not my particular cup of comic tea.

At an intellectual level my main issue is I do not believe long comics generally utilize the medium’s inherent and unique qualities. But I have written about this before so will only say here that I think I make a logical and evidence-based case for this theory; one related to the comics themselves and technically applicable to all in the long comic category.

But there are other more personal reasons for my ambivalence. These are relevant only to me - the person – and are about my feelings and processes and prejudices. I am not trying to persuade anyone of the ‘rightness’ of these. It’s just my Indiraness and this is my blog.

One of the BEST THINGS IN THE UNIVERSE is an amazing book. And one of the best things about an amazing book is its ability to transport and immerse you; to wash out the ‘real’ chair you’re sitting in or the ‘real’ tree you’re sitting under and make the written world vivid and solid and all there is. (For me this transportation is not limited to fiction. I have been a Borrower living under the floorboards and assisted Dr Frankenstein in bringing his monster to life but I was also in Brussels for Einstein and Bohr’s debate and have been to the ballet in a Sonia Delauny-designed dress).

Many people more eloquent than me have described this book superpower -

“One glance at a book and you hear the voice of another person, perhaps someone dead for 1,000 years. To read is to voyage through time” Carl Sagan

“Reading is a discount ticket to everywhere” Mary Schmich

“A great book should leave you with many experiences, and slightly exhausted at the end. You live several lives while reading” William Styron

“Each book was a world unto itself, and in it I took refuge" Alberto Manguel

"I leapt eagerly into books. The characters’ lives were so much more interesting than the lonely heartbeat of my own"  Ruta Sepetys

But long comics do not transport me. When I read them the real-world chair or tree does not disappear. I am unable to enter the places they describe.*

There are three reasons for this. First is the necessity to ‘double-decode’. In long comics meaning is not generally dependent on an inextricable text-image combination (as it is in the kind of short comics I love). That is the words and images can make some kind of sense without each other. In a single panel for example, you can draw a landscape and have a character say, “look at that beautiful landscape”. The two things are designed to go together but you can actually pull them apart and put them in separate panels and although it might be lame, it would not be very perplexing. For me all or most of the panels in a long narrative comic are like this.

It is not crucial to view the text and image as a single thing in order to get the gist. So I end up doing a two-part interpretation, reading the words first and then looking at the pictures. I am constantly reversing and switching from one mode to another and it means my reading journey never gets satisfyingly underway.

The second reason long comics fail to absorb me is because their pictures are never as good as the ones I can make in my head (also my thought images move at the same speed as the text so no glitchy decode double-up as described in the last paragraph). This situation becomes acute when there are comic ‘adaptions’ of prose or poetry and/or ‘histories’ of real things. I know these kinds of comics are valid and can allow readers to experience stories and discover information they may not otherwise but yeh nah.

They always look all wrong. For example Terry Pratchett’s Discworld novels are maybe my favourite books of all time. But the graphic novel versions? Ugh. In these, the complex, dynamic, ugly and beautiful, magic and prosaic, scary and friendly, big and small, grimy and shiny Discworld I have painstakingly crafted in my mind becomes clumsy and strained and confined. The Ank-Morepork City Watch becomes a macho crack-fighting unit, staunch with scowls and weapons and unshaven chins; Granny Weatherwax becomes a lumpy old woman, stripped of power and dignity; and the Unseen University becomes a cliché castle. It's a horrible state of affairs.

The final reason is simply that I find most long narrative comics boring, even when they're about things I am interested in. I don’t know why I only know it’s true.

There are two kinds of long narrative comics I like however. The first is when a series of shorter comics are stuck together to make one overall story. The short comics might be chapters like in Mansfield and Me or one-page strips like in SuperMutant Magic Academy (which is one of THE BEST comics ever. And yes, I’ve read This One Summer and I can see why people like it but also meh).

The other long comics I like are the Asterix the Gaul ones. But I want to write a whole post about these one day so I’m just gonna leave it there.

*I do know lots of readers legitimately experience the opposite and find comics the most transportive of books. 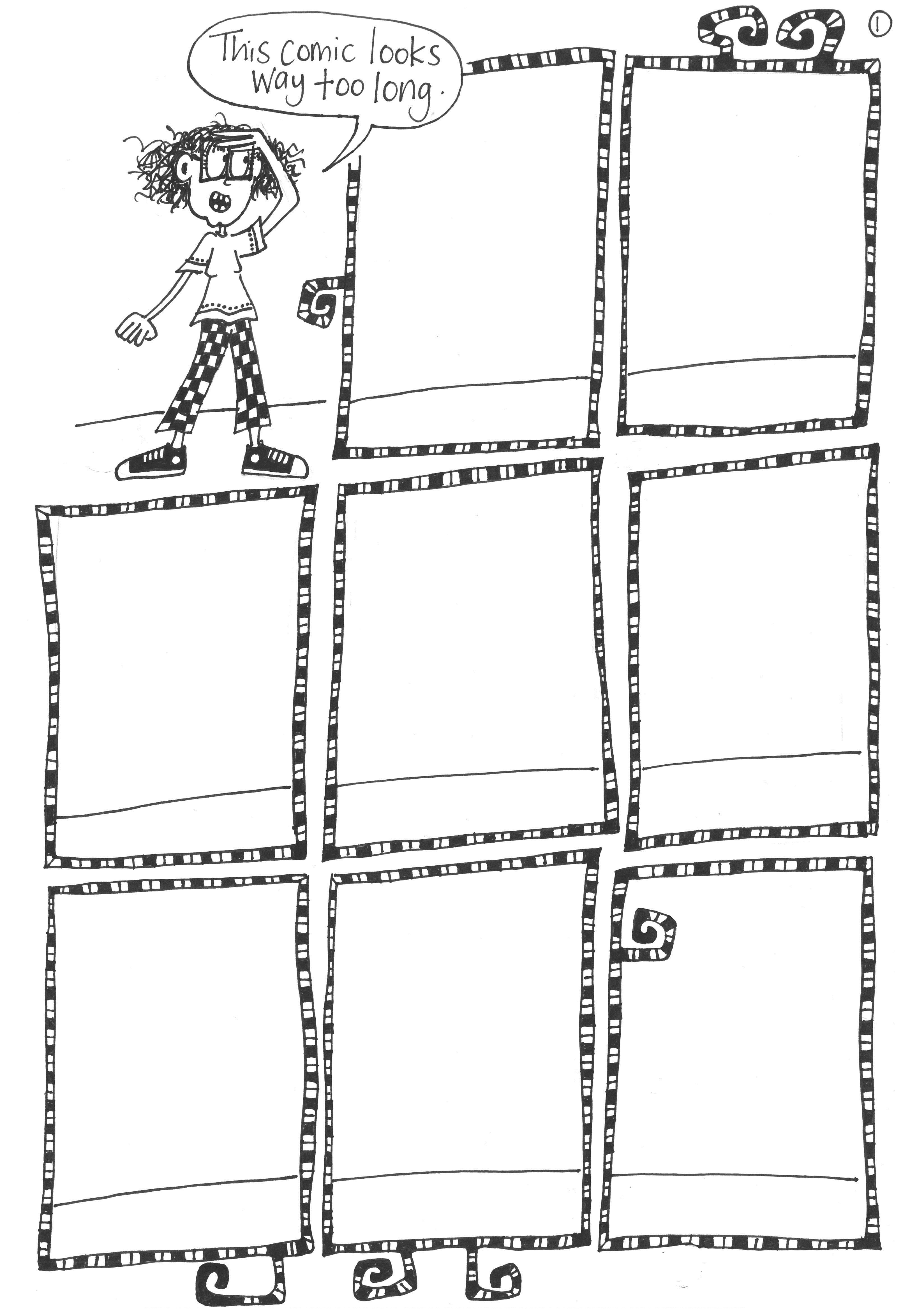