Ringo Starr makes art with MS Paint and it's awesome

RINGO STARR MAKES ART WITH MS PAINT. It is difficult to explain just how happy this makes me but because it’s a blog I will try (obviously).

No doubt there are some smug hardcore completist Beatles fans who know that Ringo makes art with MS Paint and they will act all sneery and surprised that I don’t. And I suspect that Peter Jackson will not include this remarkable thing in his Beatles documentary (although in six hours (ffs) there would be plenty of time). But fuck those dudes. I am going to celebrate this joyous development by sharing what I have discovered1 (and if you already know, why haven't you told me?)

Since 2005 Ringo has annually released a bunch of works made with MS Paint. These are sometimes displayed in real galleries but always displayed in the virtual galleries on his website. They are nothing short of glorious – singular, loud, weird, incompetent, hilarious, affronting, sometimes half-arsed, and I love them (some more than others as is entirely usual in these situations). If he gets art attention because he’s famous, so be it. This does not cancel out any of the inherent greatness.

As befits all truly amazing things they are difficult to describe so here are some examples and after you finish reading this you should go and see the rest. 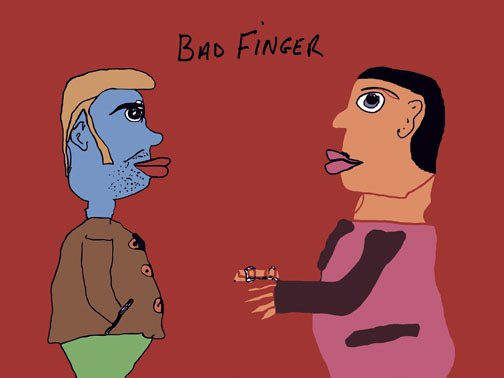 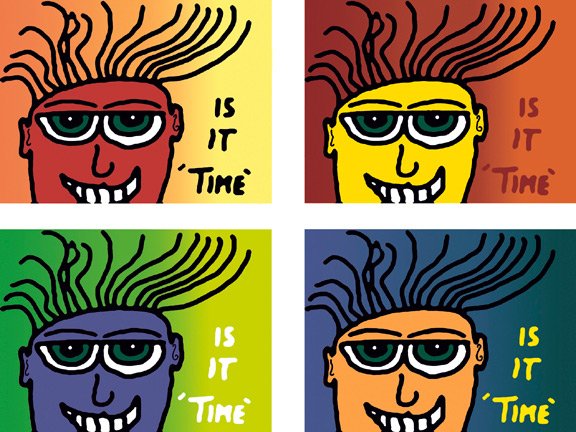 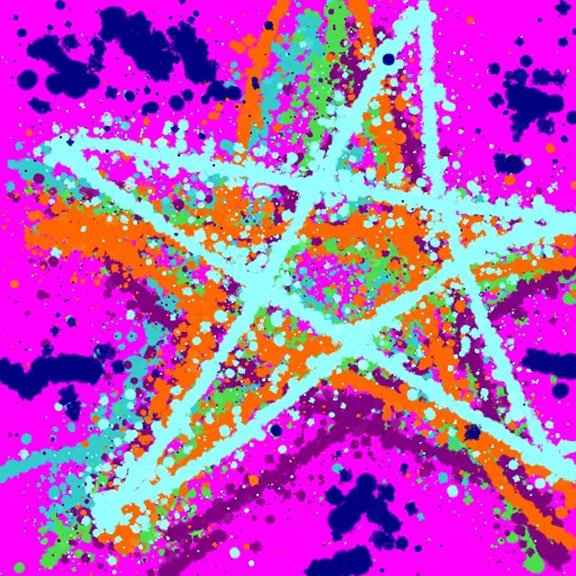 Ringo’s art is also cool outside of its visual wonder. First, all the money he makes from sales goes to his charity The Lotus Foundation.2 Second the MS Paint file names are the names of the works. He says, "most of the titles for my pictures arrived because on [the] computer you have to call them something, so I have”. This is such a satisfying, silly and genius thing.

Finally and is the crux of the matter, he uses MS Paint! This RESONATES and I want to spend a little time explaining why.

Recently I have myself been using MS Paint to make comics. In the past I have mostly made them with paper and a pen and some twink, but right now I’m using a computer (and I will talk about this more generally in another post).

MS Paint completely meets my current needs. It is easy to use, free, familiar, fun, the limited features force me to be creative (I work best with boundaries) and I really like the way the finished cartoons look. I have not yet found anything I want to do but can’t. And If/when this does crop up, I’ll look for a new tool (this is how I have always lived my life – I used a ballpoint pen until I needed an ink one; had an upside-down-strung righthanded guitar until I needed a lefthanded one; used a free Gif animator until I need Flash3).

I suspect people have forgotten about MS Paint or are unaware of its potential or are just snobby. Pretty often I’m asked what software I make comics with, and always the answer surprises and amuses. I also wonder about the misguided intimidation factor – the perception that you can’t make comics because you don’t have the right fancy tools. But in the analogue world all you need is a pen and paper and on a computer all you need is this standard free drawing software. The principle is the same. I do not believe a lack of gear should ever get in the way of making stuff, whatever the technology realm.

But enough about me. Ringo is down with the MS Paint tip and I could not love him more for it.

1 Please don’t take any of this to mean that I do not like the Beatles. George Harrison is one of my favourite guitarists and just like him I have a Gretsch Duo Jet Electric and I wrote a song about buying it and George’s featured role in the process. BUT I am not a fan of many Beatles fans. Sometimes they can be such dicks.

2 This supports a whole bunch of organisations including those focussed on substance abuse; illness; domestic violence; homelessness; and animal welfare - https://www.ringostarrart.com/the-lotus-foundation/